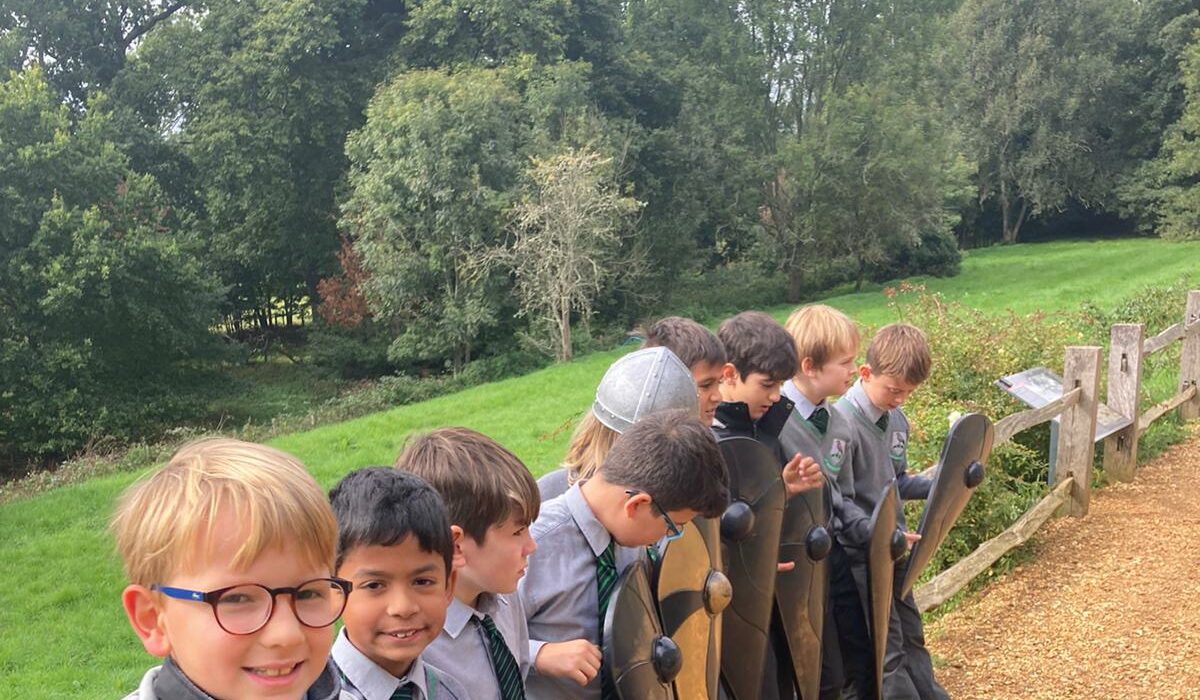 As part of their History Norman Conquest topic, Year 5 had the opportunity to visit Battle Abbey, near Hastings. This is the site of the Battle of Hastings and the boys were able to get a feel for the environment that the Normans and Saxons would have experienced while battling for control of England in 1066.

The boys took part in a workshop where they were taken through the story of the Norman Conquest, spanning from the death of Edward the Confessor, to Battle of Stamford Bridge, and finally the victory of the Normans at the Battle of Hastings. Here the boys were able to dress as the key figures of the story, while also getting a feel for the various types of weapons and armour used at this time. After many boys trying, and failing, to lift a set of chainmail above their head, they realised that medieval warfare was not for the faint-hearted!

Once split off into Saxons and Normans, and receiving the appropriate helmet and shield, the boys marched to the top of Senlac Hill to re-enact the events that led to William the Conqueror’s victory, and Harold Godwinson’s downfall. After holding a strong shield wall for the majority of the ‘battle’, unfortunately those boys dressed as Saxons fell for the Norman feigned retreat tactic and were slaughtered…

After recovering from battle, the boys went to explore the rest of the battlefield. Here they got a sense of the scale of the battle and the steep hill that the Normans had to clamber up in order to reach the Saxon shield wall. Many boys were perplexed at how someone could do this while carrying chainmail armour, weapons and a shield – luckily they only had to carry their school bags!

Despite the long journey, the outing is one of the most memorable and enjoyable History visits, and will be of great benefit to the boys while studying the Norman Conquest. 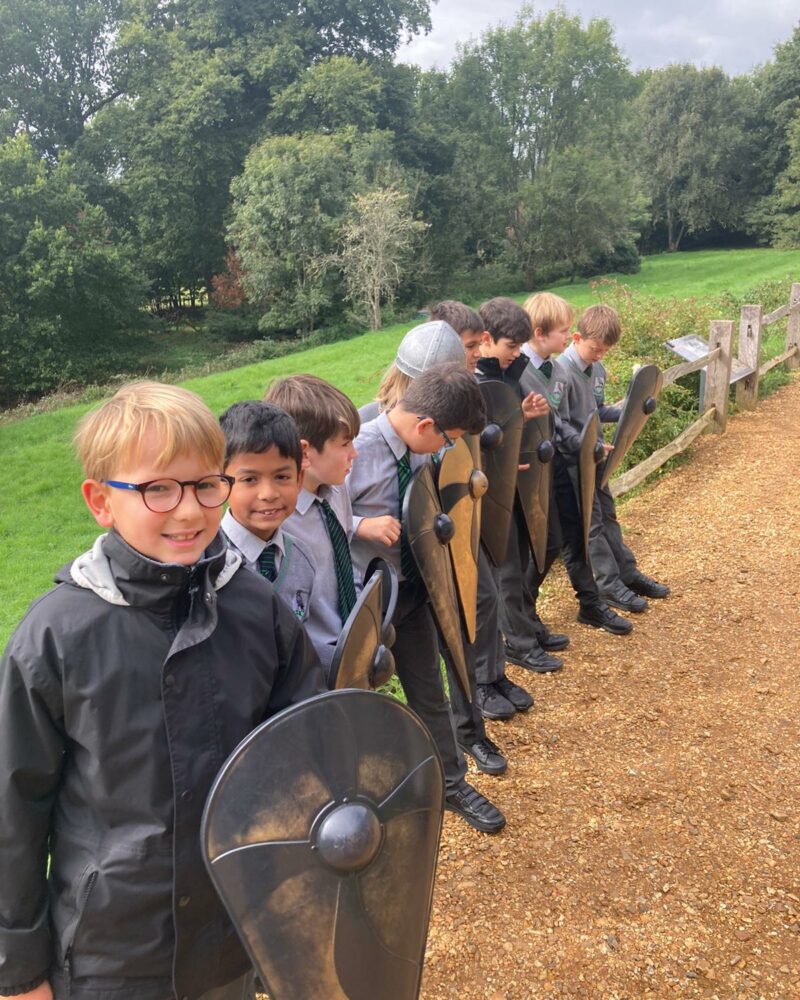 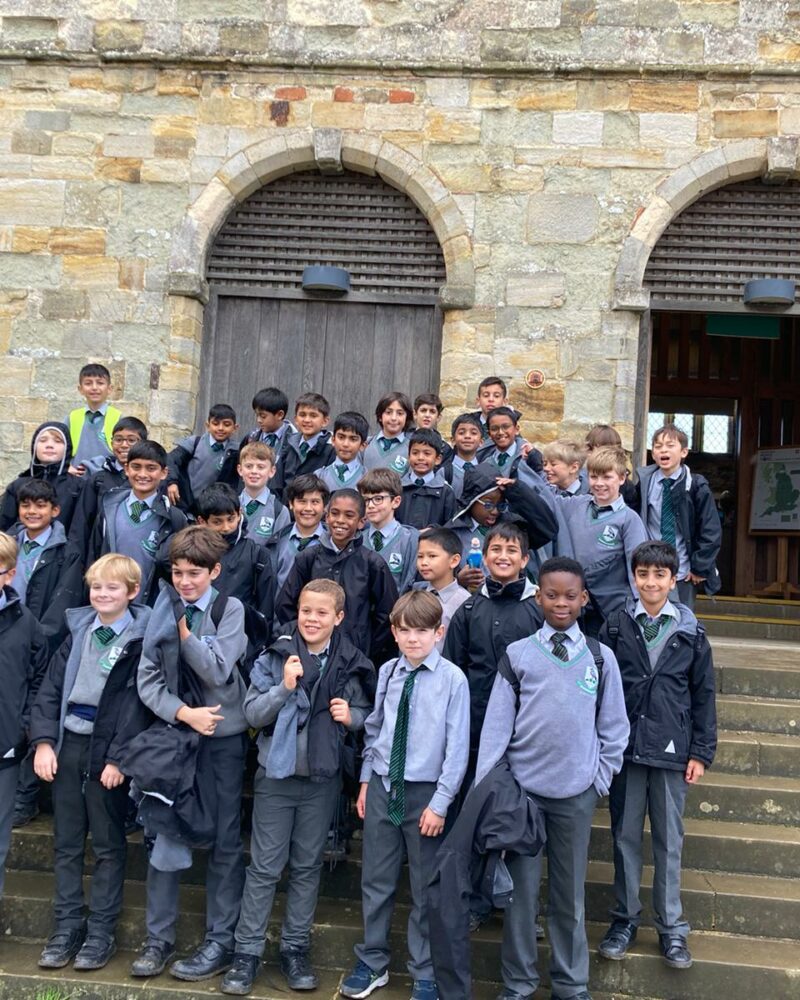 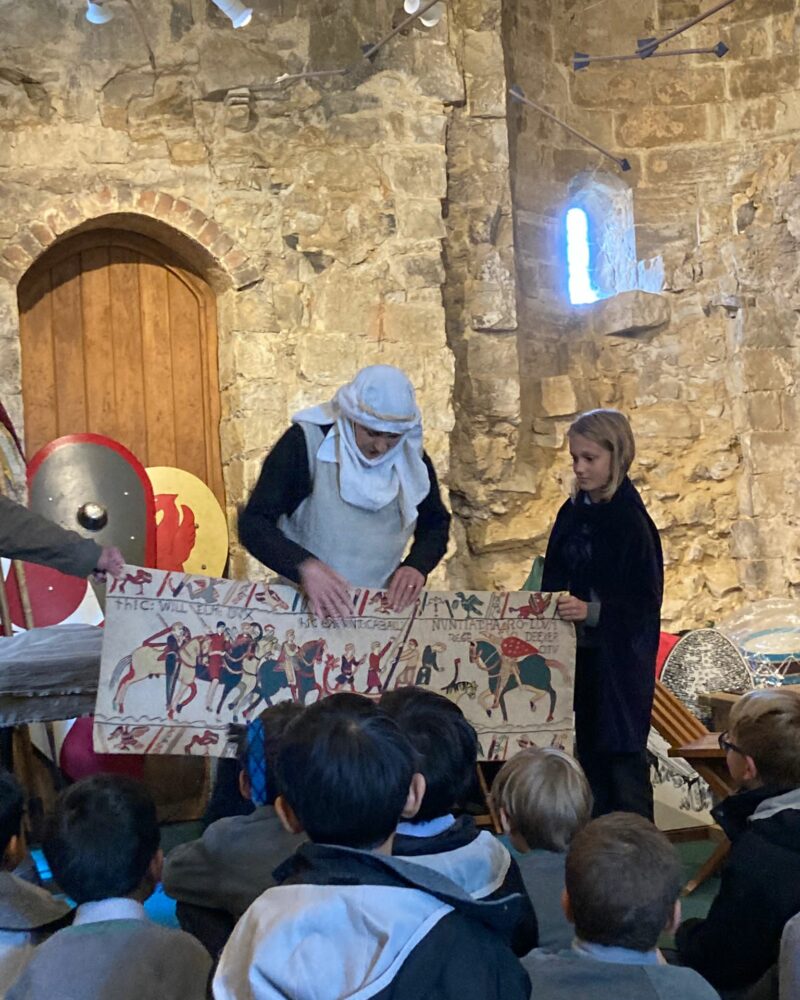 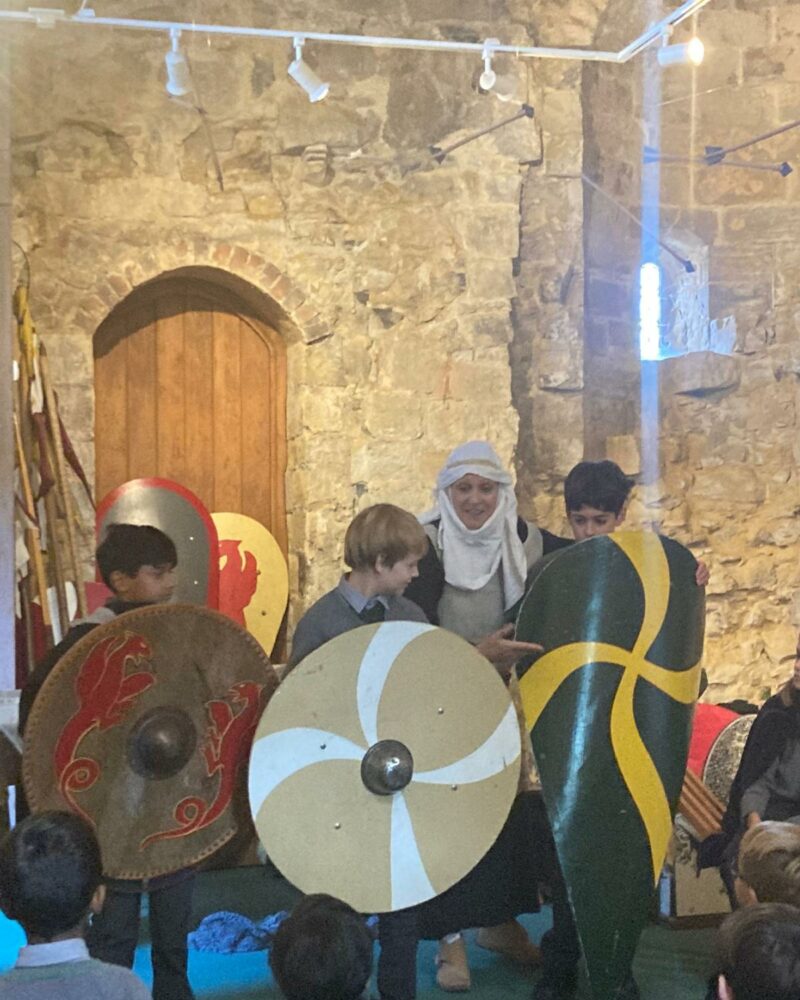 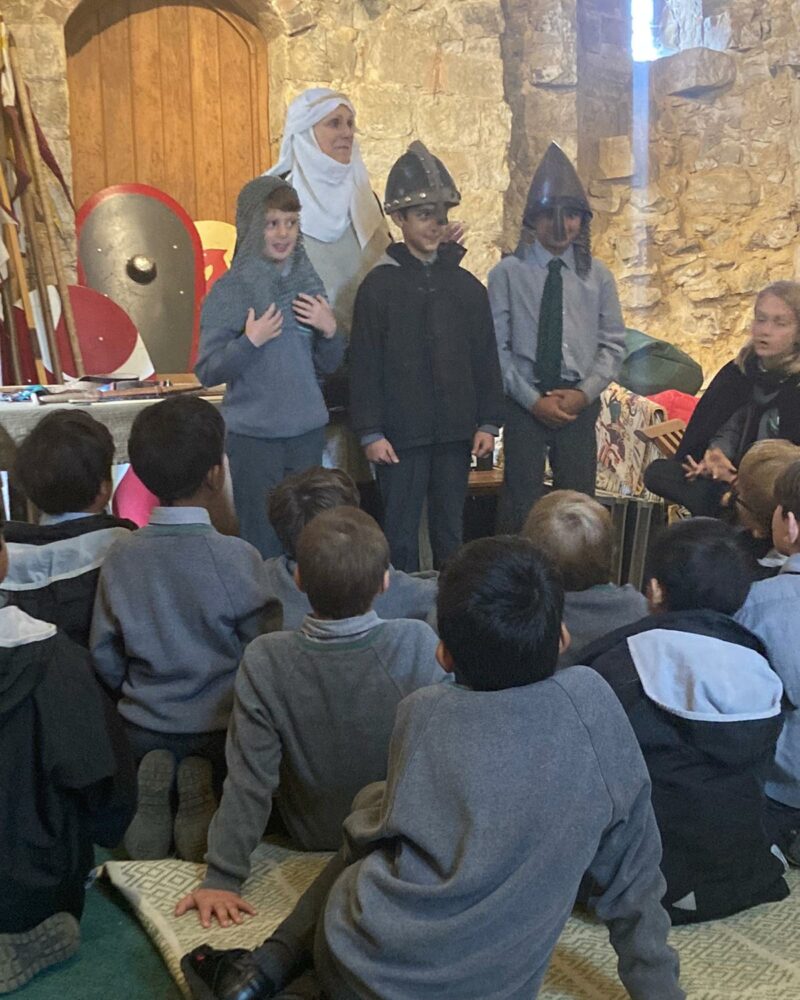 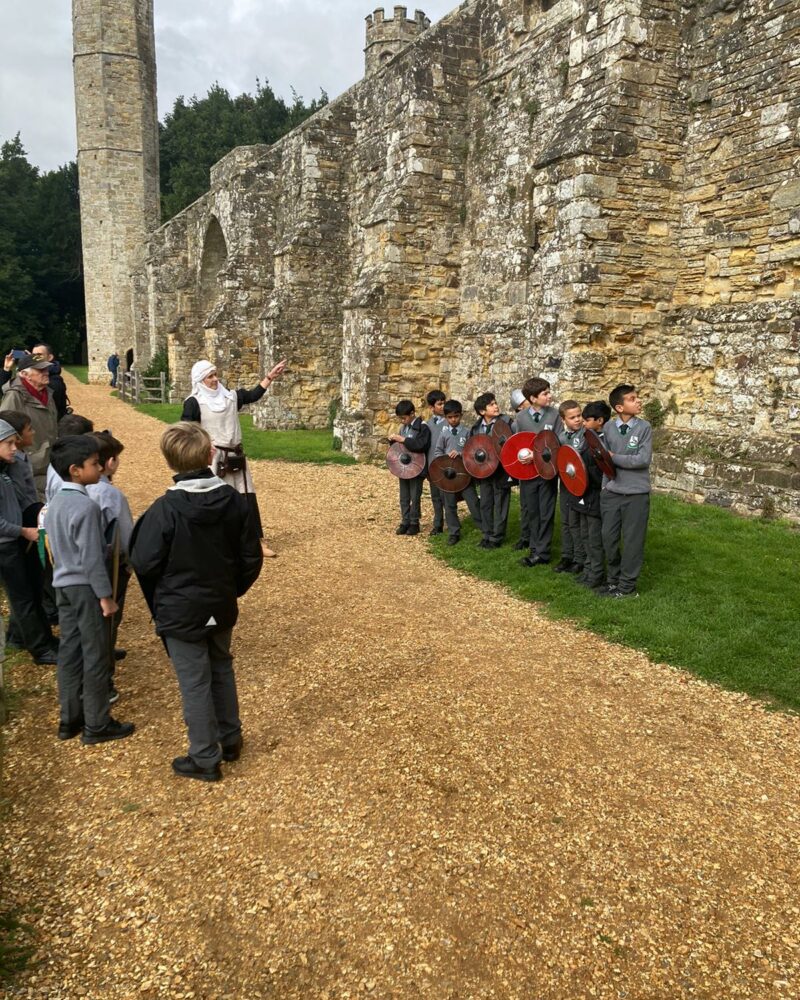 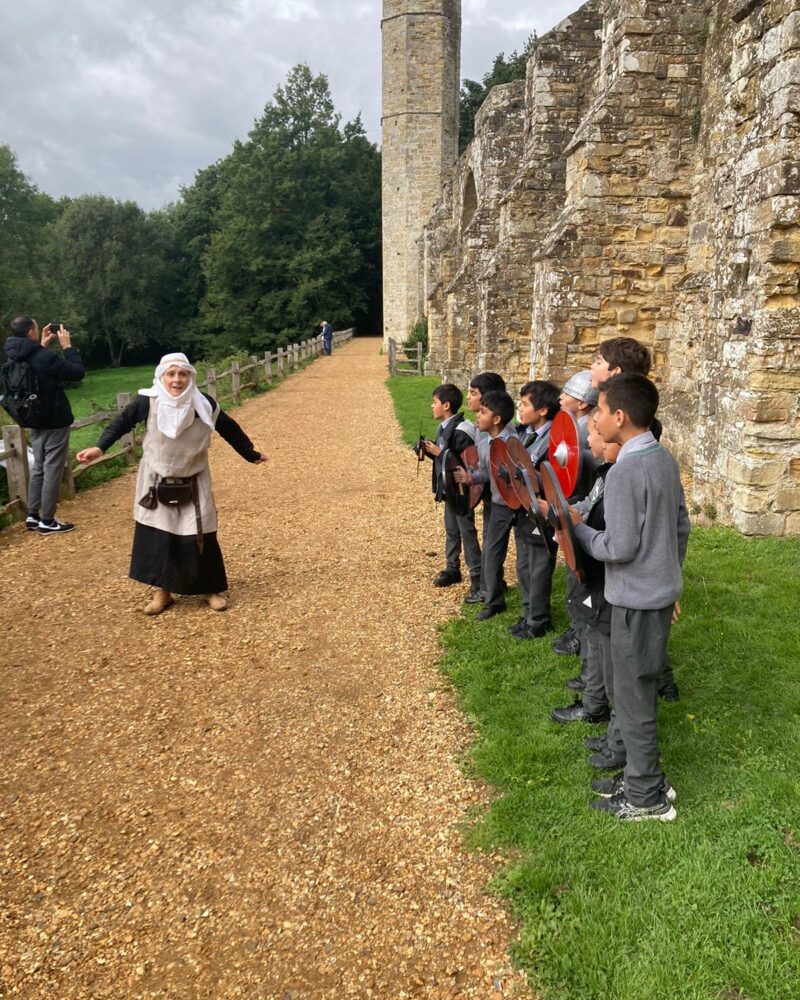 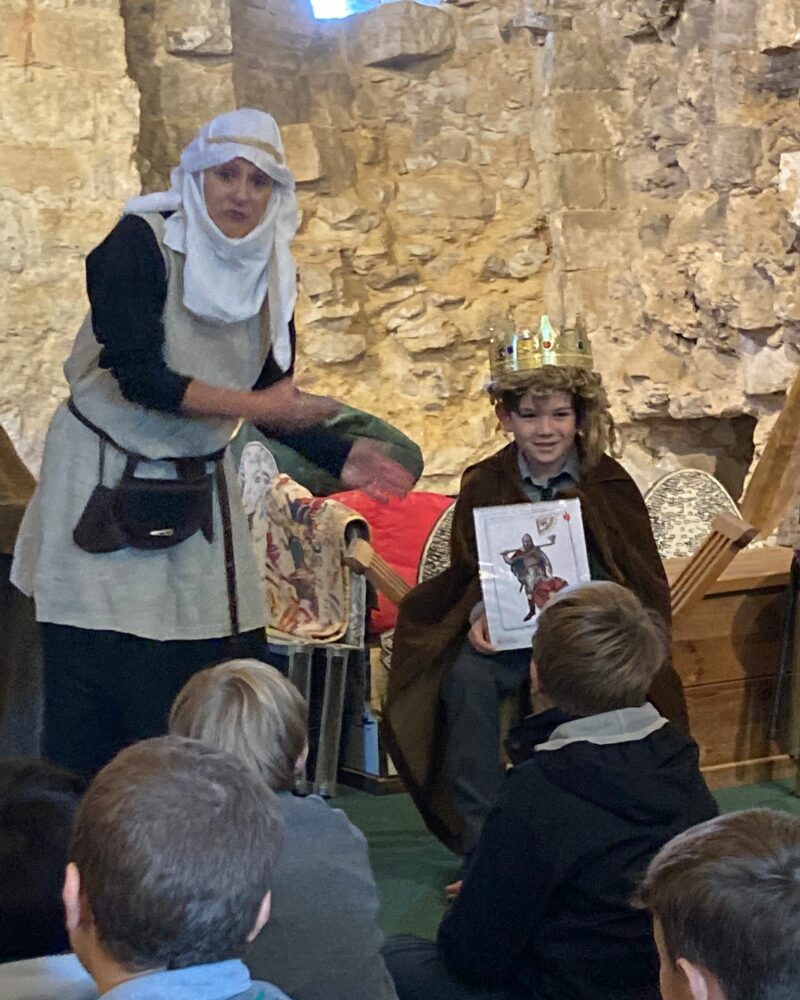