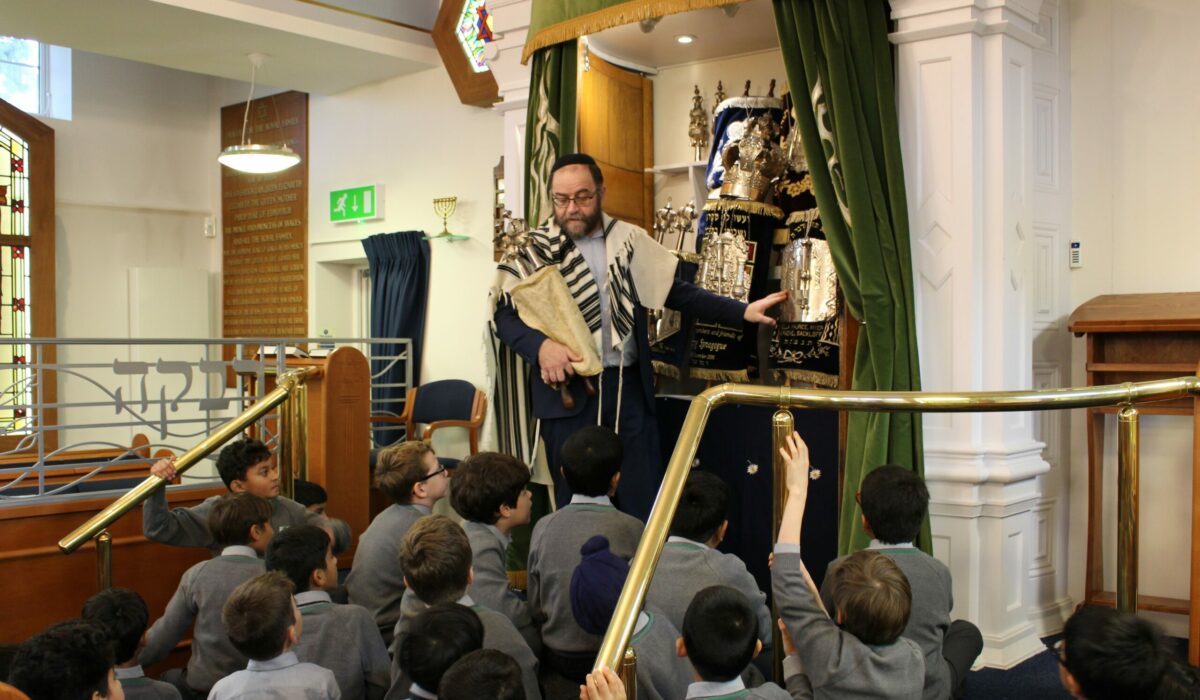 As part of their T.P.R. topic (Theology, Philosophy & Religion) on Judaism, Year 4 visited Ealing Synagogue to find out more about the religion and study the layout and features of this important place of worship.

Rabbi Vogel met us at the synagogue and was our guide and teacher for the morning. We were joined by Basil Mann, one of the regular worshippers at the synagogue, who has organised our visits for many years.

As the boys entered the synagogue, they pointed out the Hebrew script and mezuzah containing the shema prayer by the door.

The boys filed into the main hall of worship, sitting down in the prayer hall while Rabbi Vogel stood on the bimah (raised platform). He placed a tallit (shawl) over his shoulders and a tefillin on his arm, as he discussed the rituals and routines of daily prayers.

Behind Rabbi Vogel was the Ark containing several Torah Scrolls decorated with ornate finials and crowns: the boys were very keen to examine these more closely. A parchment of scroll was passed around so the boys could feel its waxy texture and study the Hebrew script, written from right to left. Close to the Ark, the boys noticed the Ner Tamid burning brightly. They also spotted several Menorah candelabrum around the synagogue.

Basil Mann spoke to the boys about the importance of Sabbath within the Jewish religion and how the community supported each other, inviting those that are alone, to spend the Sabbath with fellow worshippers. Basil then read out a prayer in Hebrew to the boys.

The boys were able to visit the kitchen in the synagogue where they learnt more about kosher food from Miss Orr who shared her experience of working in a Jewish school. The boys learnt how food and kitchen equipment, including cutlery and crockery, were kept separate in a Jewish kitchen depending on whether it was meat or non-meat. They saw fridges and cupboards with labels on to indicate which items could be stored there.

The session ended with Rabbi Vogel describing a prayer service at the synagogue, which included him blowing the Shofar, much to the delight of the boys!

It has been a few years since we have visited the Synagogue, so it was wonderful to be able to take the boys back to visit in person. It was clear that being able to visit the synagogue and learn more about the religion from Rabbi Vogel and Basil Mann really enhanced the boys’ learning and understanding of the topic.

We are most grateful to Basil Mann and Rabbi Vogel for giving up their time to share their knowledge and experience with us. 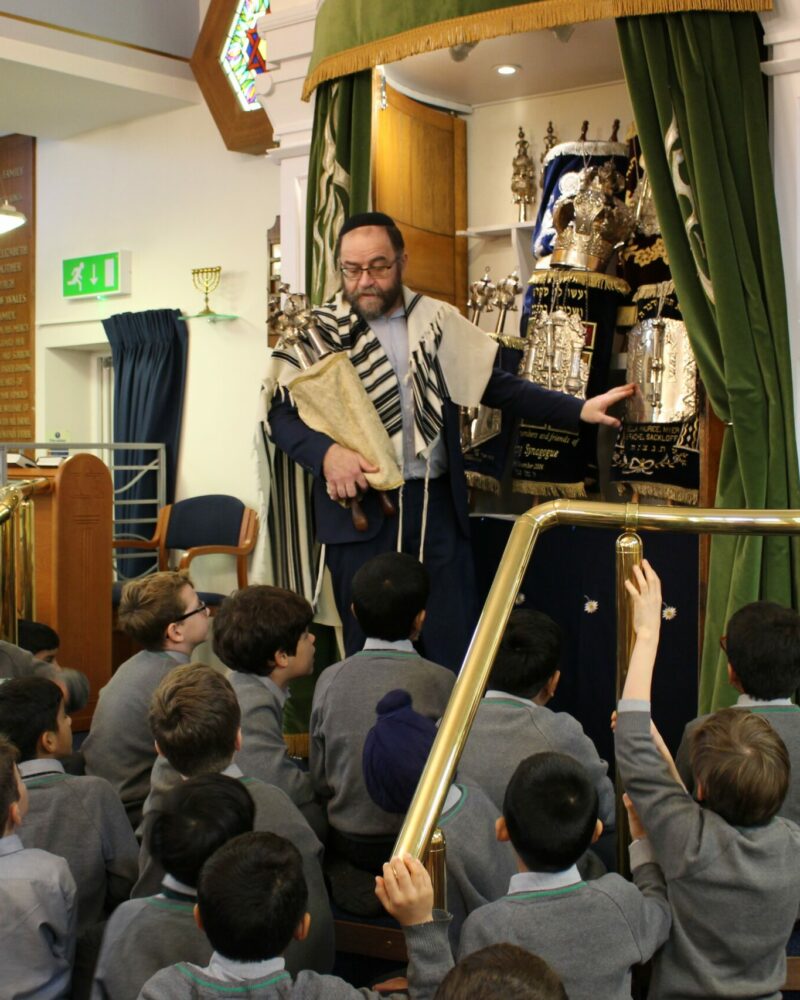 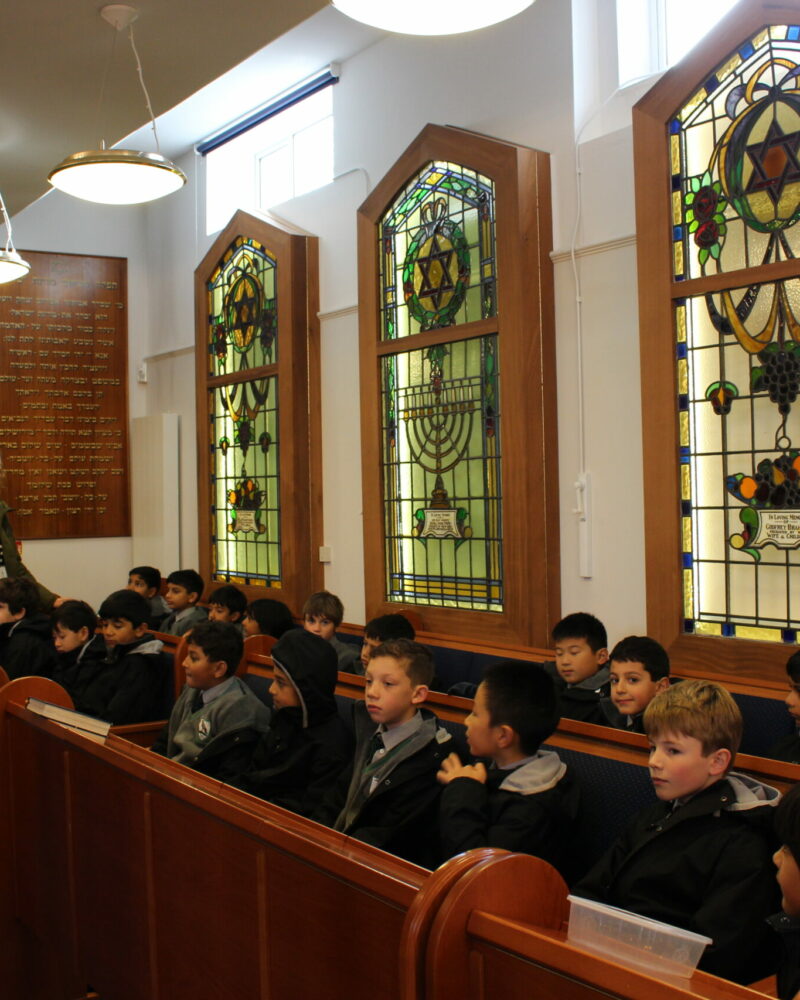 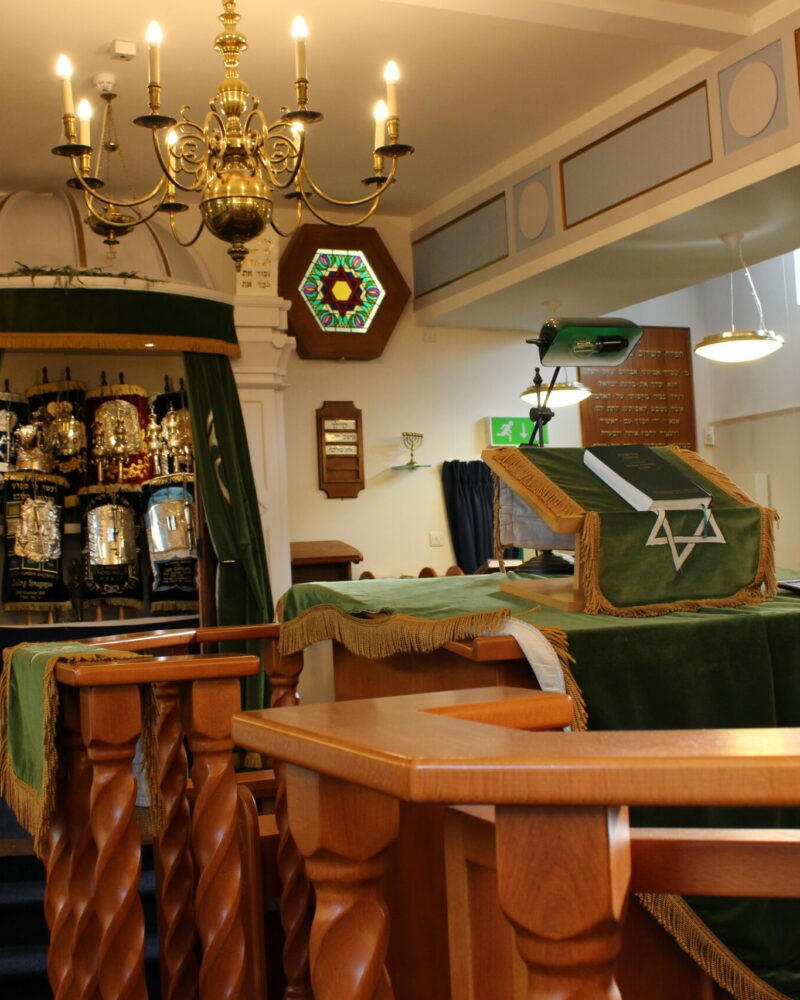 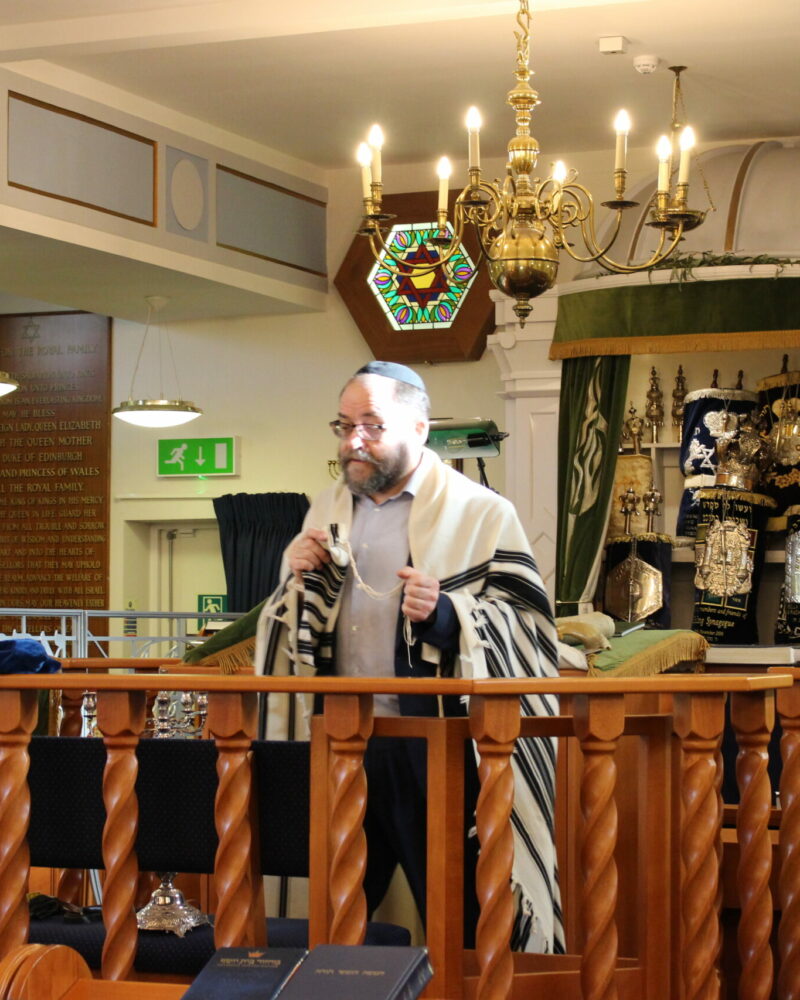 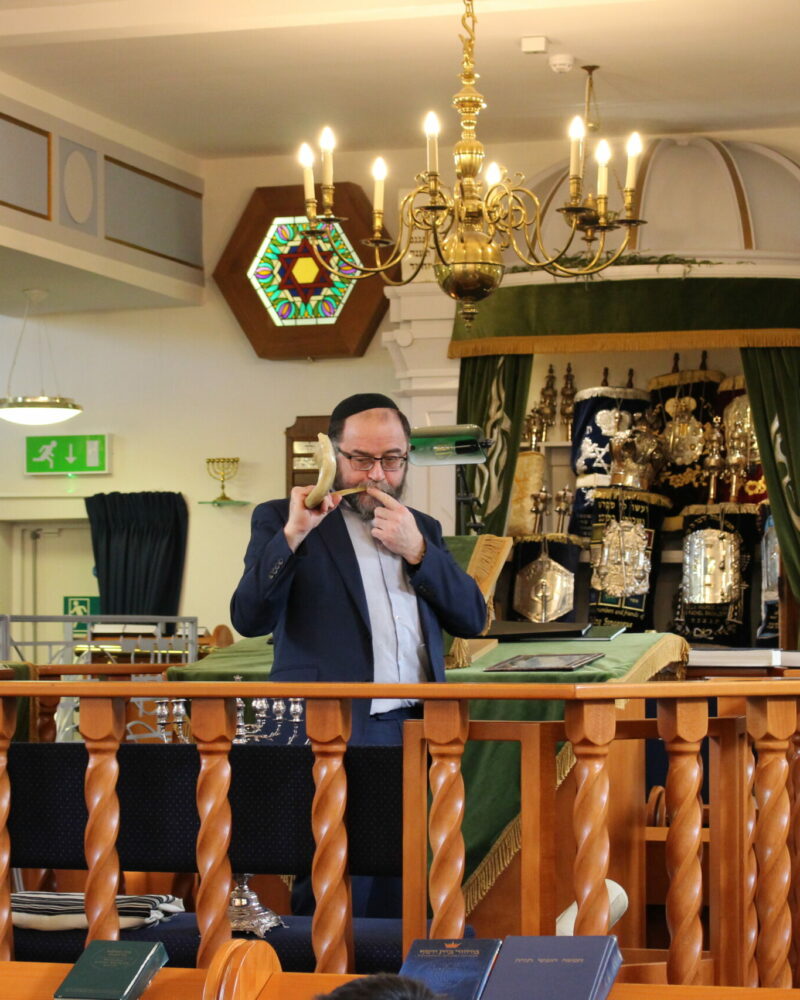