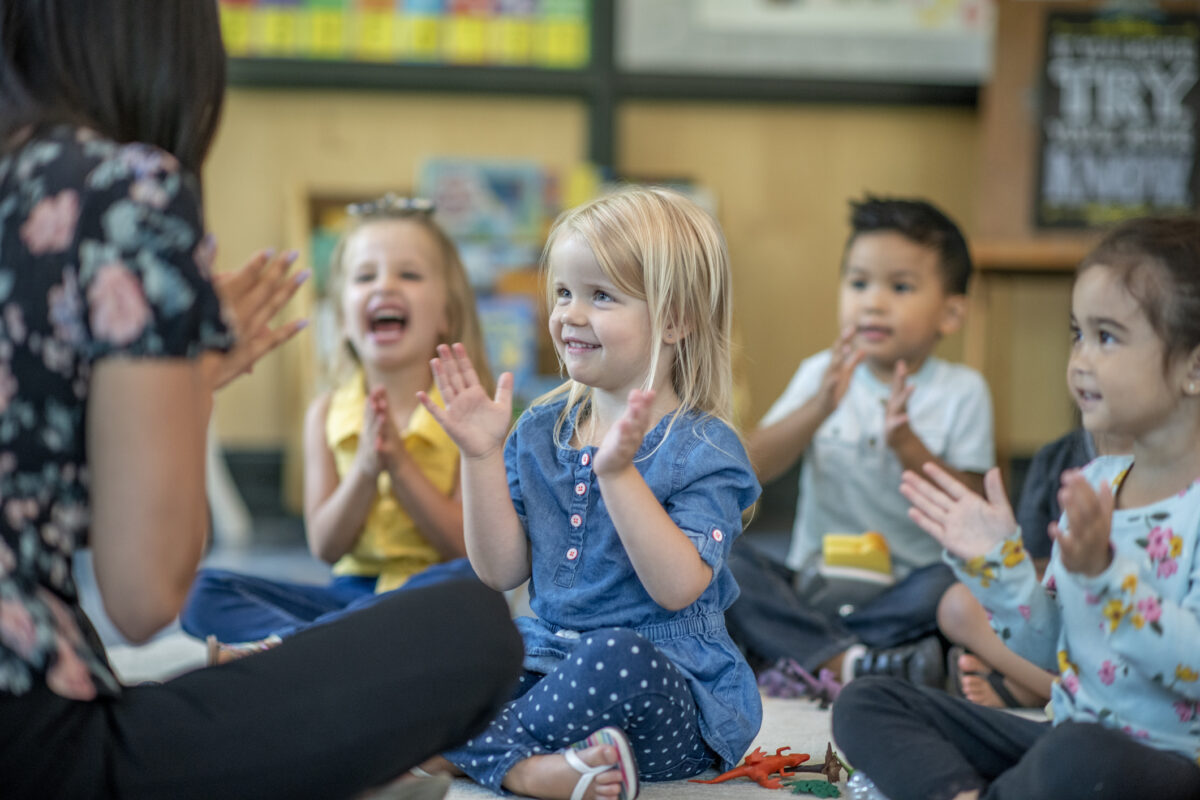 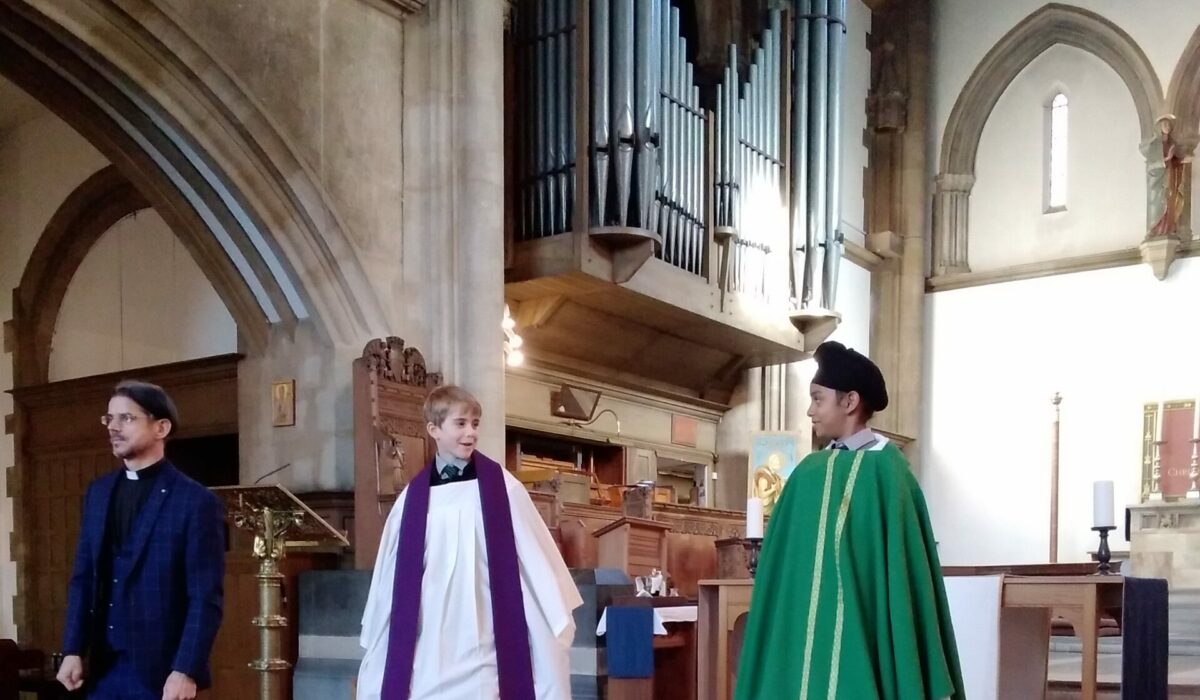 In November, Year 3 had the opportunity to visit St Peter’s Church as part of their T.P.R. (Theology, Philosophy & Religion) topic on Christianity.

We were met at the church by Father David and Father Adam who welcomed us in and guided us towards the pews. The boys are familiar with both priests as they are regular visitors to Durston House, leading some of our morning assemblies.

Father David shared the history of the church and explained how the lack of funds when the church was being built meant that there were not as many stained-glass windows and some features were unfinished.

We moved into the recently restored Lady Chapel, home to a beautiful and intricately carved wooden reredos. Father David pointed to two stained glass windows, each depicting a scene from the Nativity and compared it to the Nativity scene at the front of the altar. Christmas was on the minds of the boys, who were keen to share their thoughts.

Father Adam led the boys over to the statue of St Peter, who had a set of keys in his hand and carved fish around the base. He explained the significance of the keys and many of the other symbols found around the church.

The boys were shown the ropes to the church bells- Aamar volunteered to see whether he would make a good bell ringer! I think he may need more practise.

The boys had the opportunity to sit in the choir stalls near to the church organ; they were fortunate enough to have it played for them by the church organist, who turned up unexpectedly.

Towards the end of our visit, Father David dressed two volunteers, Aanand and Rex, in the special garments that priests wear for services and special occasions, which caused a great deal of excitement.

Visiting St Peter’s church enabled the boys to learn more about the main features found within the building. Both Father David and Father Adam provided interesting facts and details about the church and Christianity, and we are very grateful to them for giving up their time for us. We look forward to seeing them at Durston House soon. 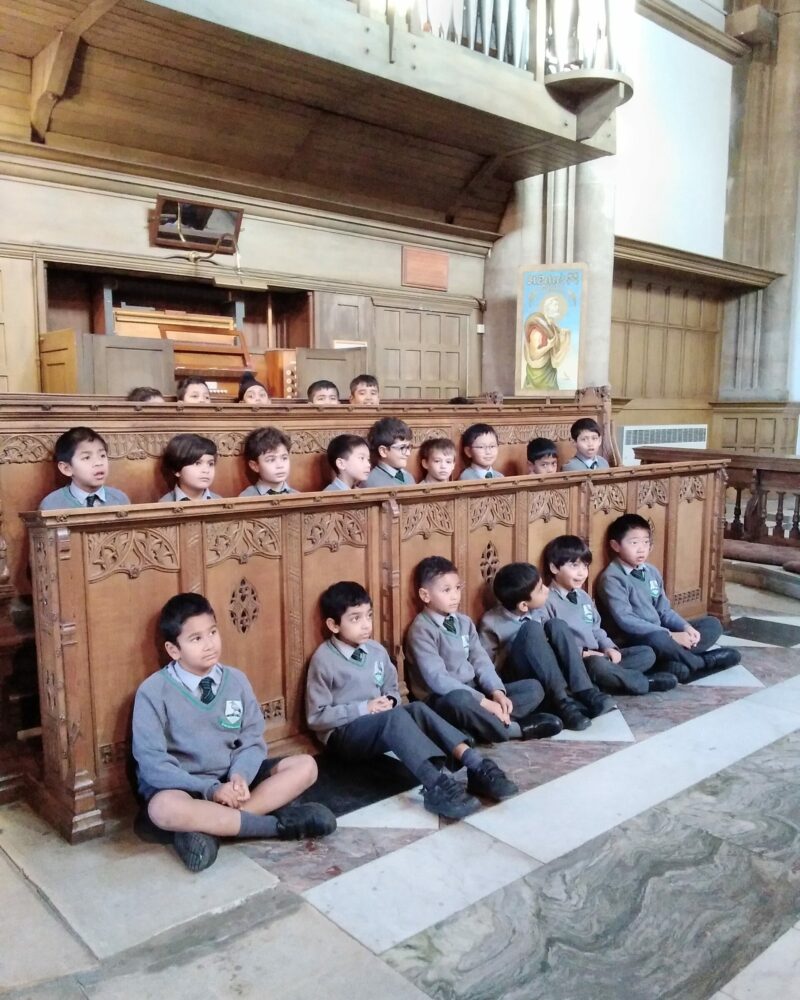 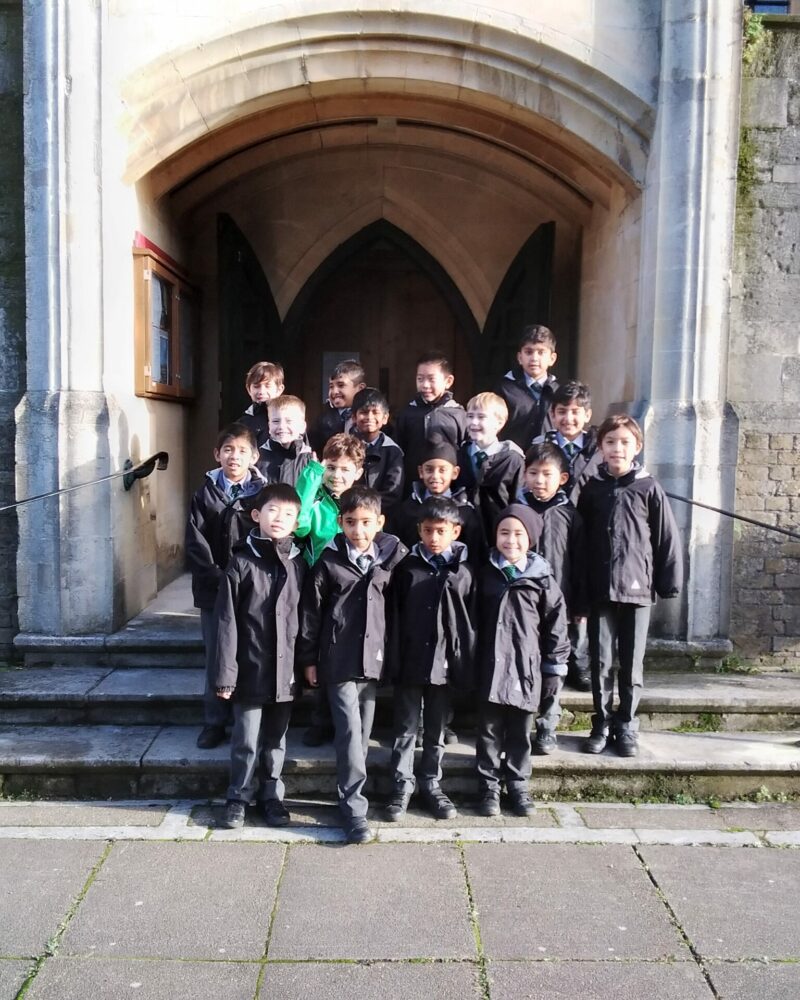 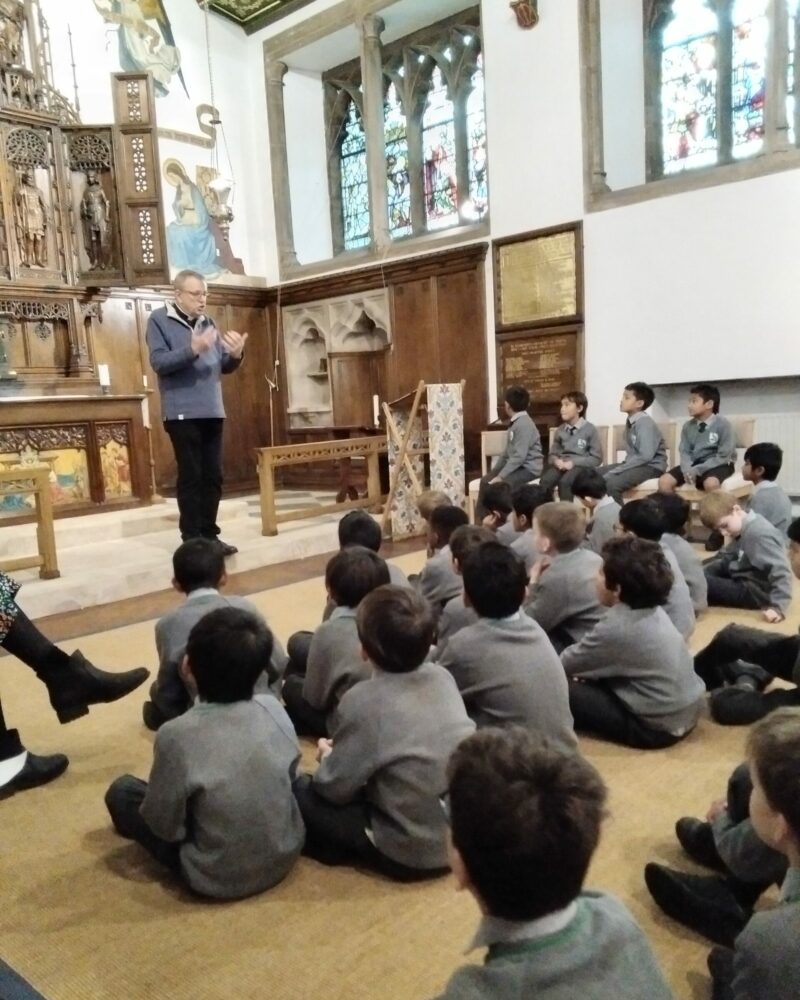 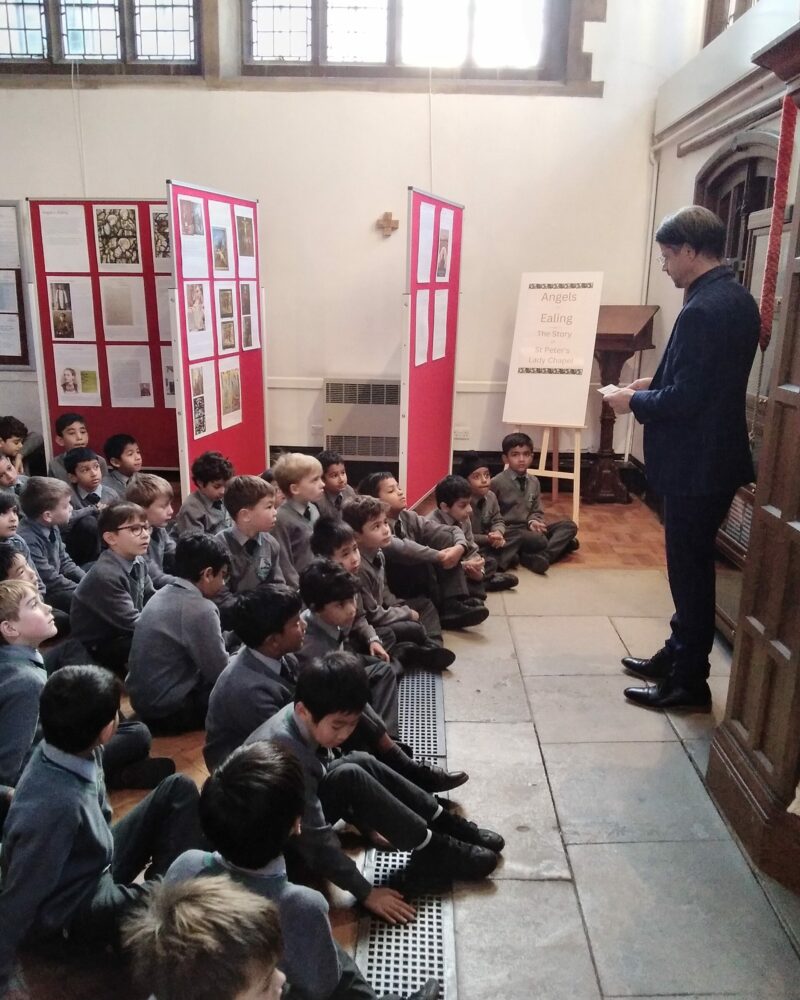 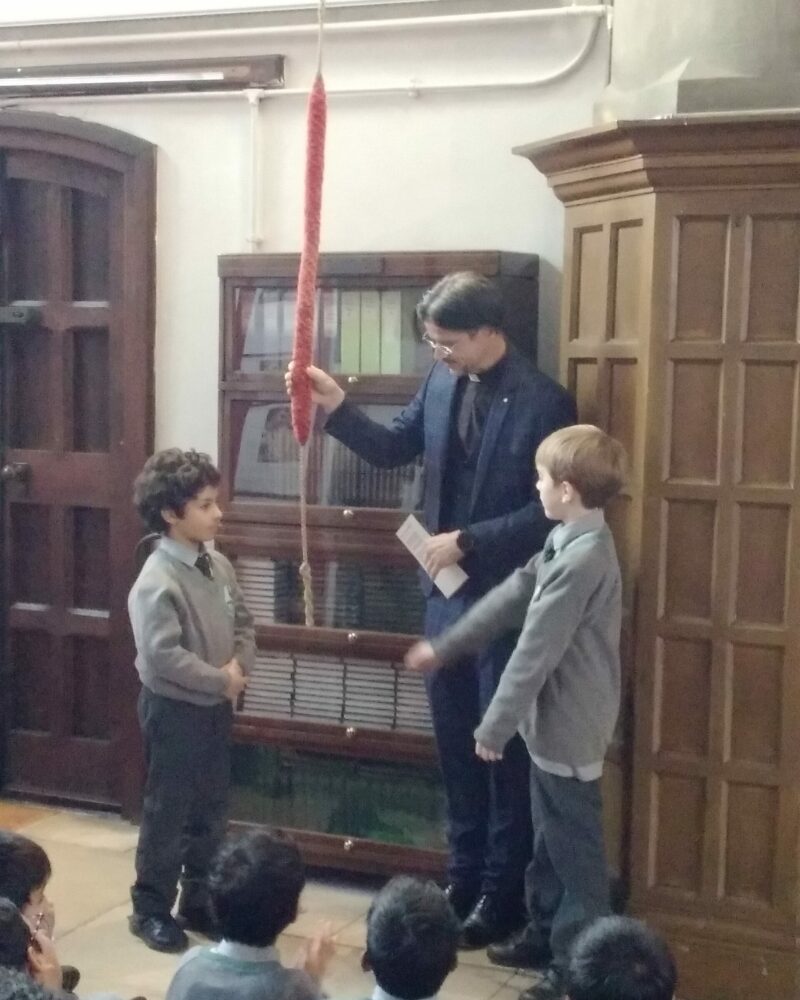 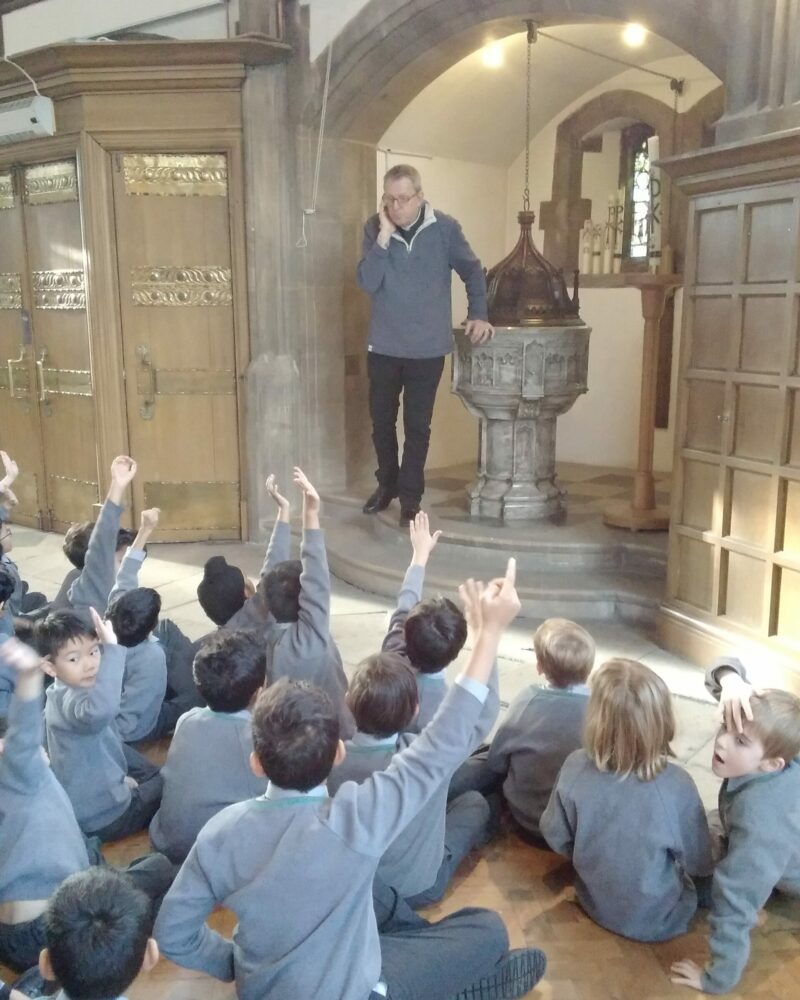 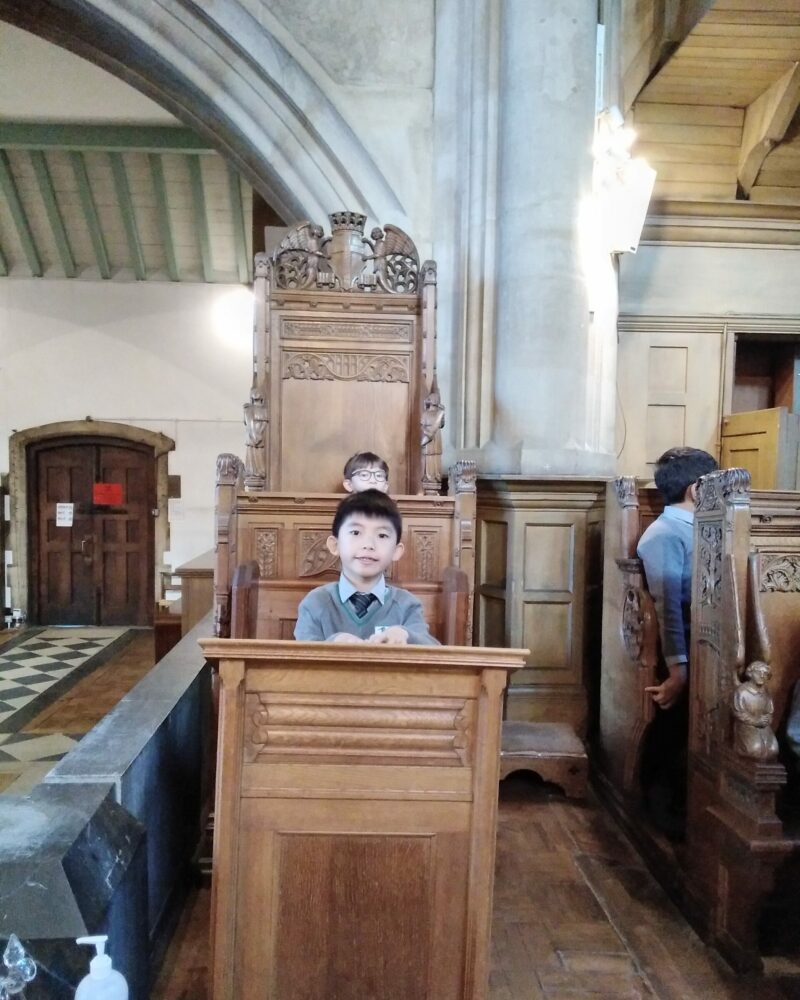 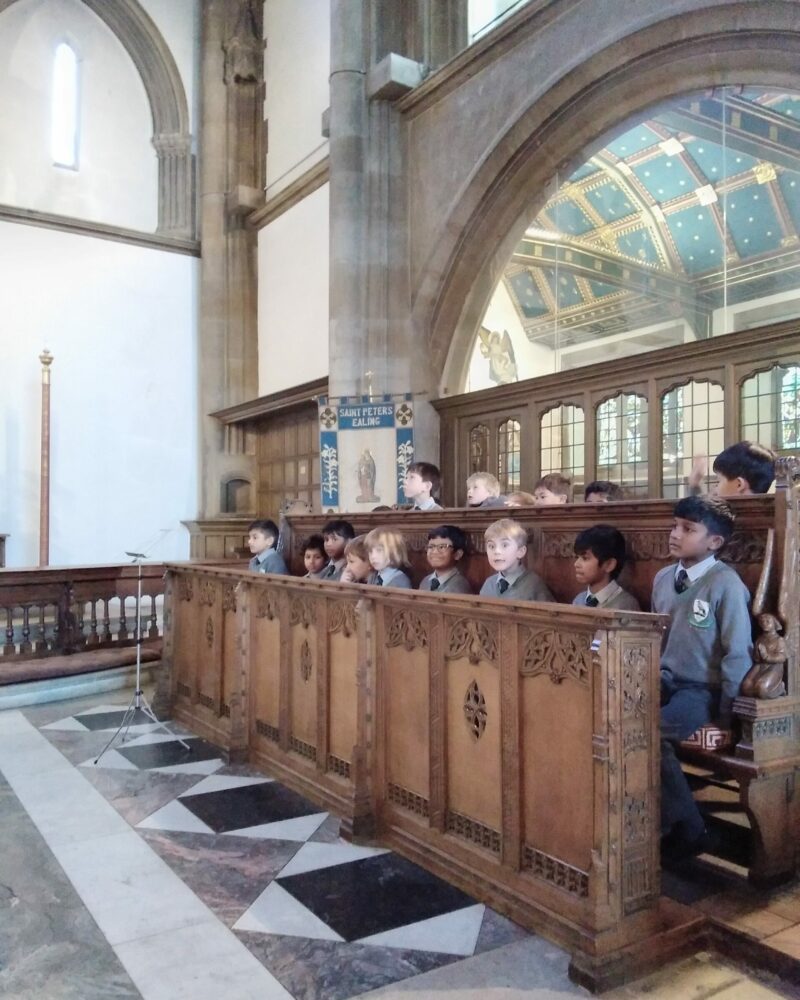 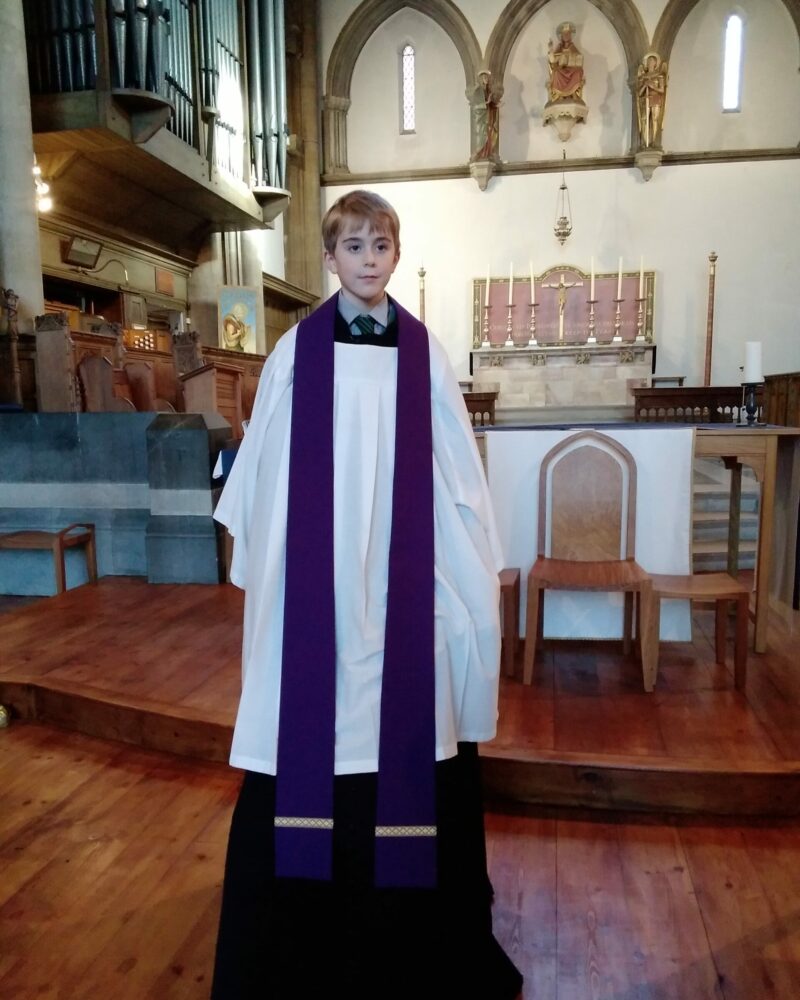 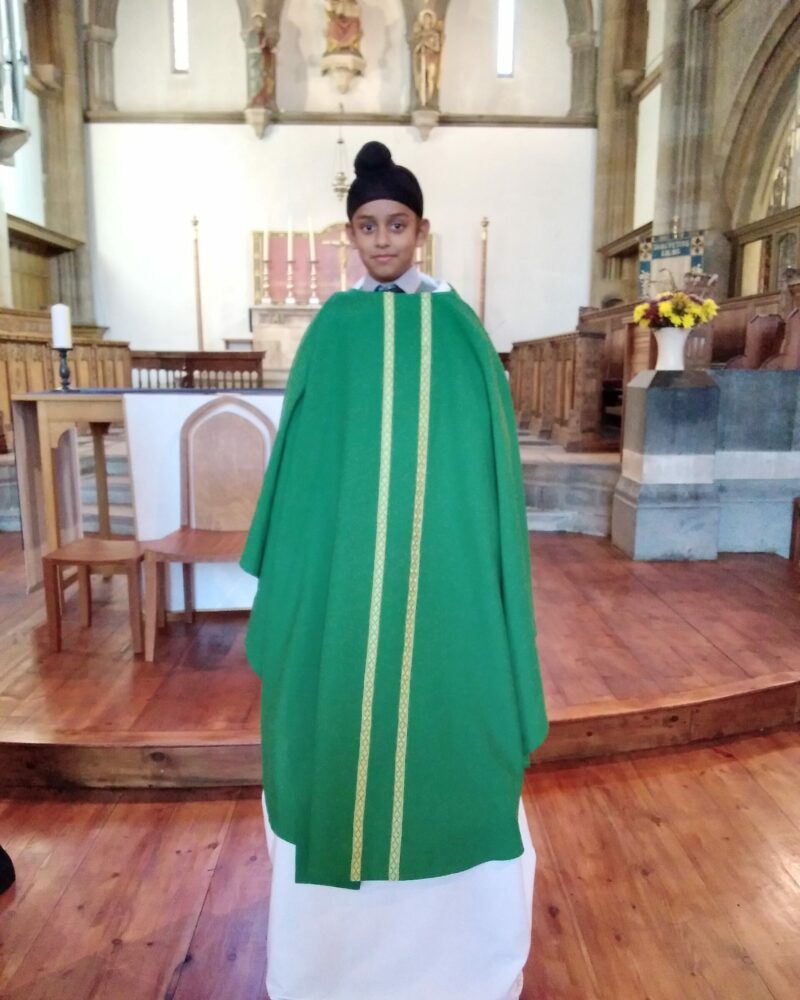 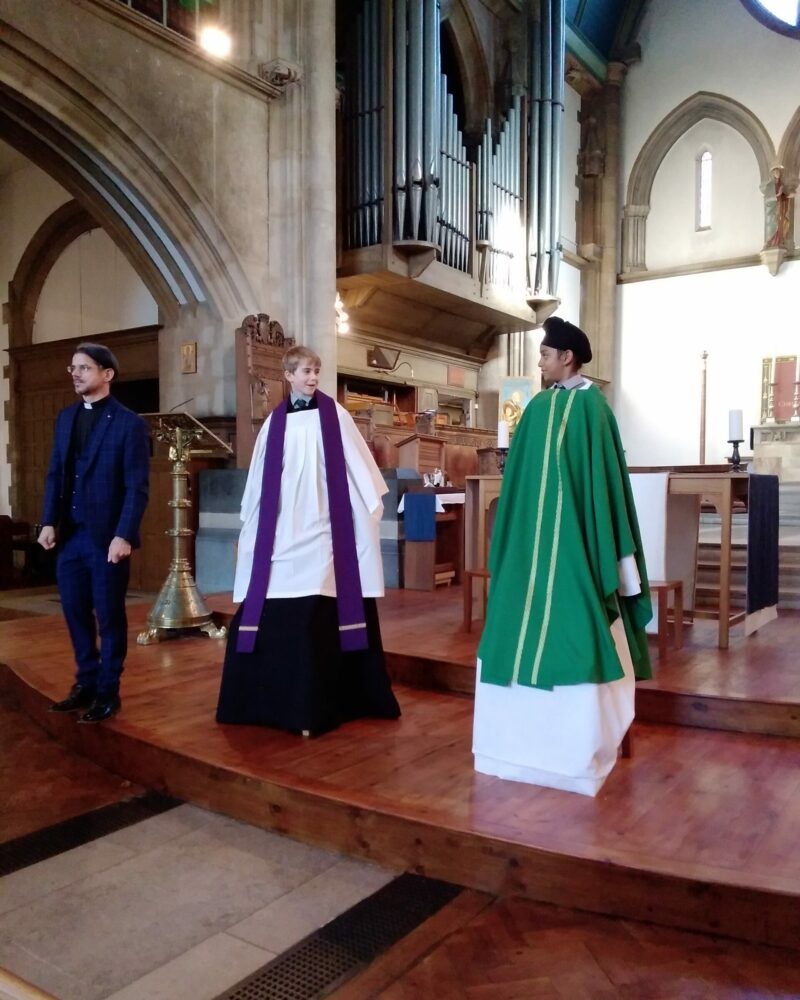 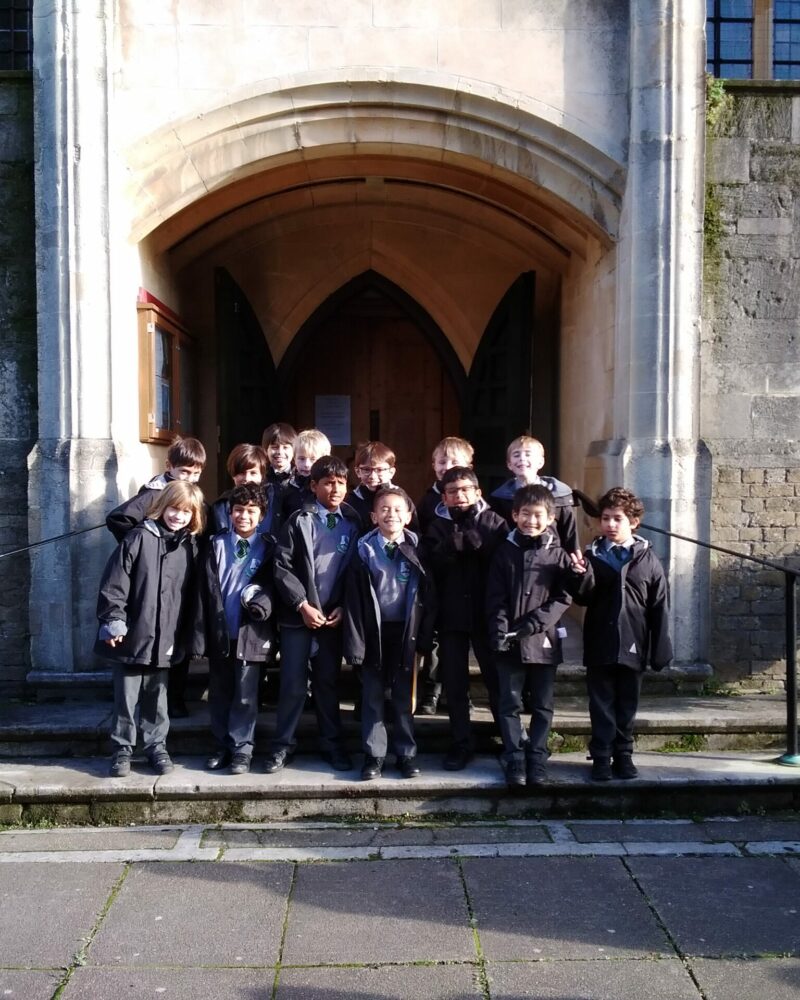 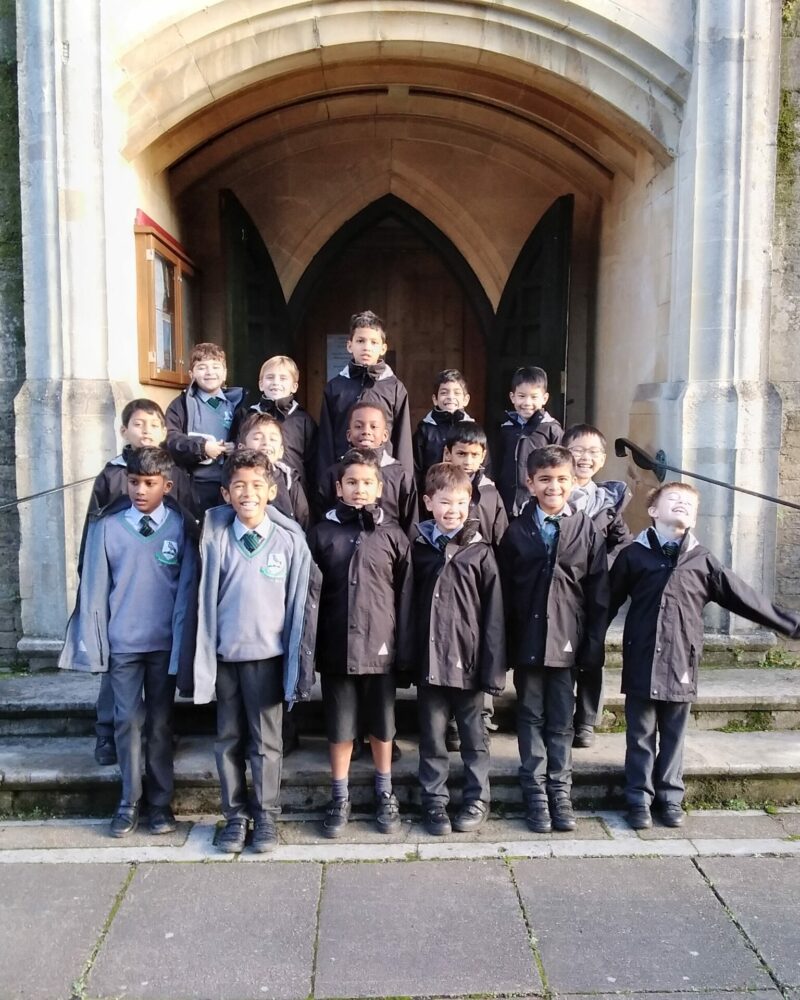