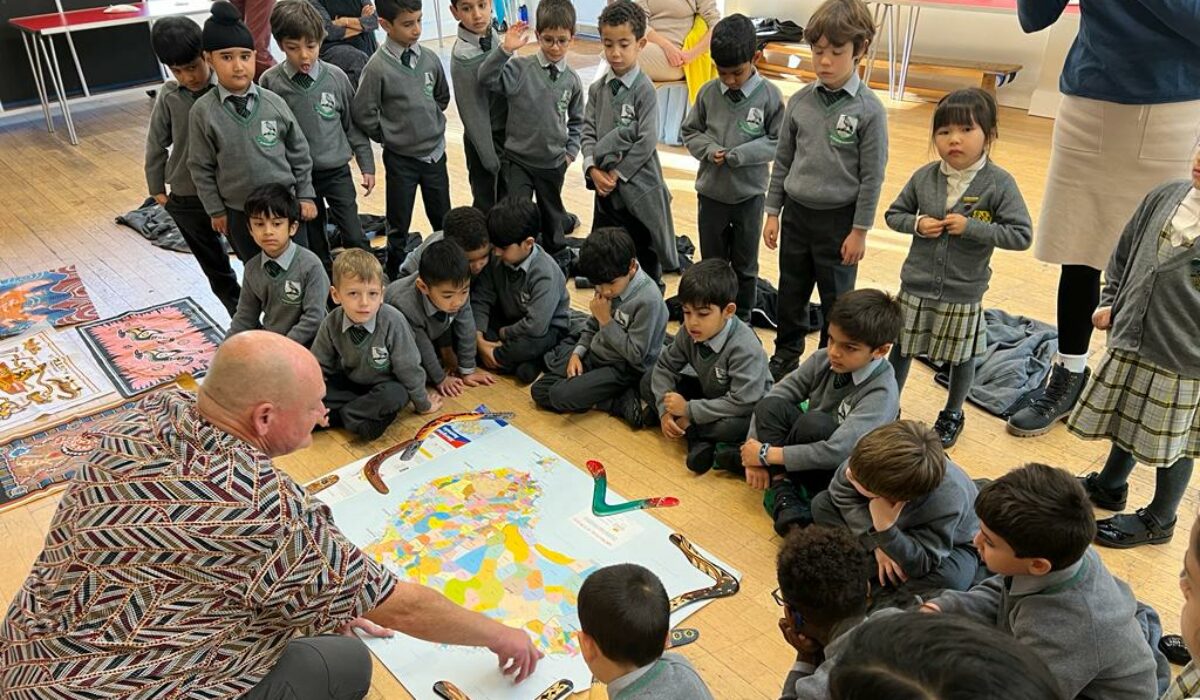 It was a very exciting experience for the Year 1 Durston Boys this year as it is the first time they shared a workshop with the Year 1 girls from Harvington Prep. The boys and girls both had a wonderful time together delving into the interesting, ancient and unknown culture of Aboriginal Australia.

Our workshop began with our guest showing the children us a map of all the different Australian Aboriginal people groups. He talked about the various styles of art belonging to different people groups/indigenous tribes. One of these art styles is ‘dot paintings‘. During the workshop the pupils had the pleasure of painting their own boomerangs using this specific dot painting technique.

In the second session the pupils are shown a spear and different types of boomerangs which exist as they are made in different tribes. We were also shown an extensive range of traditional and modern didgeridoos. Our visitor played each of the didgeridoos to demonstrate their different sounds. He also played traditional ‘claves’ and a ‘thunder maker’. The pupils heard him imitate different animal sounds whilst playing. We were also able to dance using traditional animal moves while the sounds were being played. The children also had an opportunity to play the didgeridoo and learn the technique of blowing and making sound.

At the end of the day we threw our boomerangs to see if they really do come back… and for some people they did! It was an amazing, immersive experience celebrating and discovering the most ancient culture on our planet. The day was enjoyed by all. 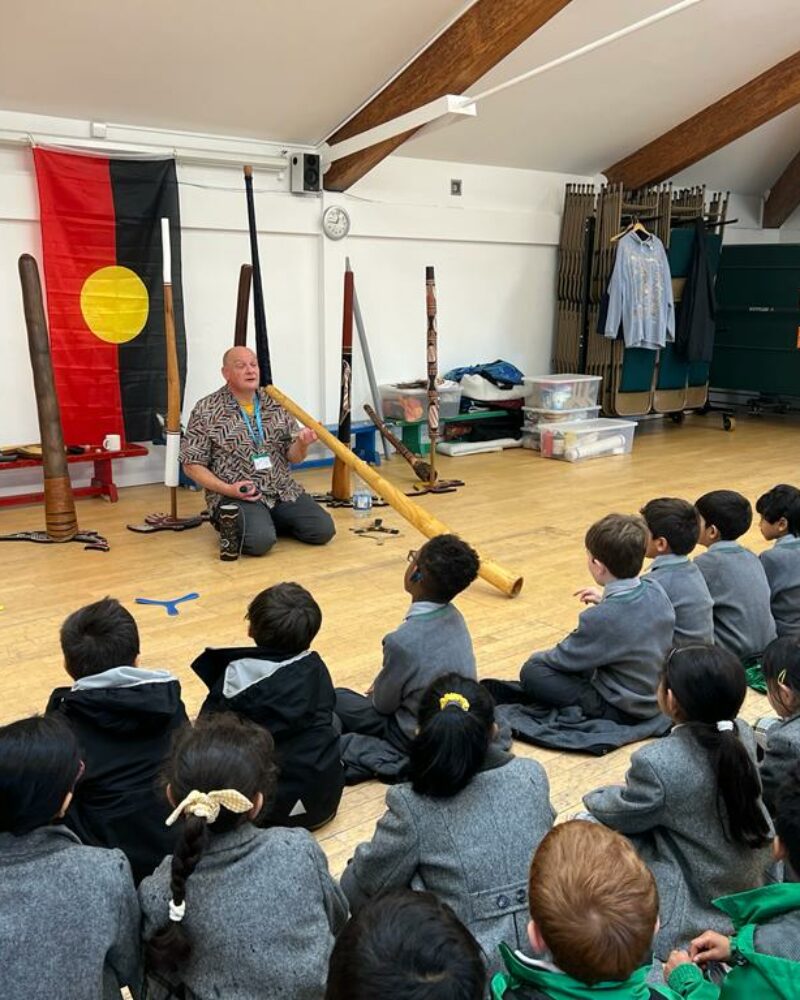 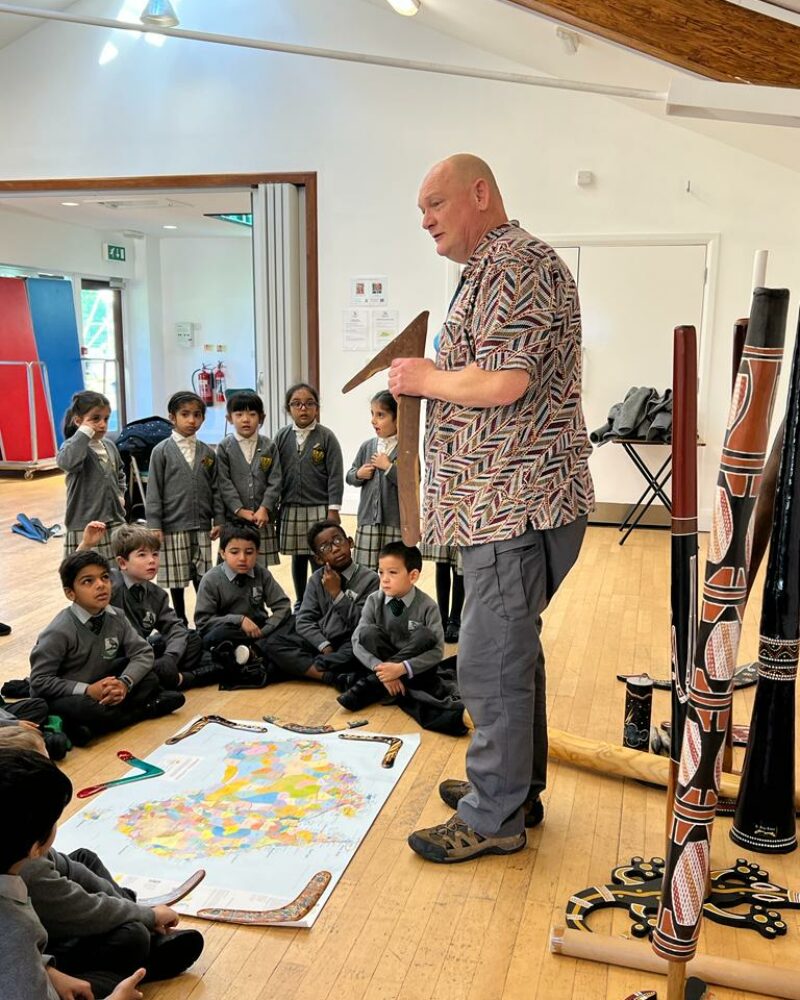 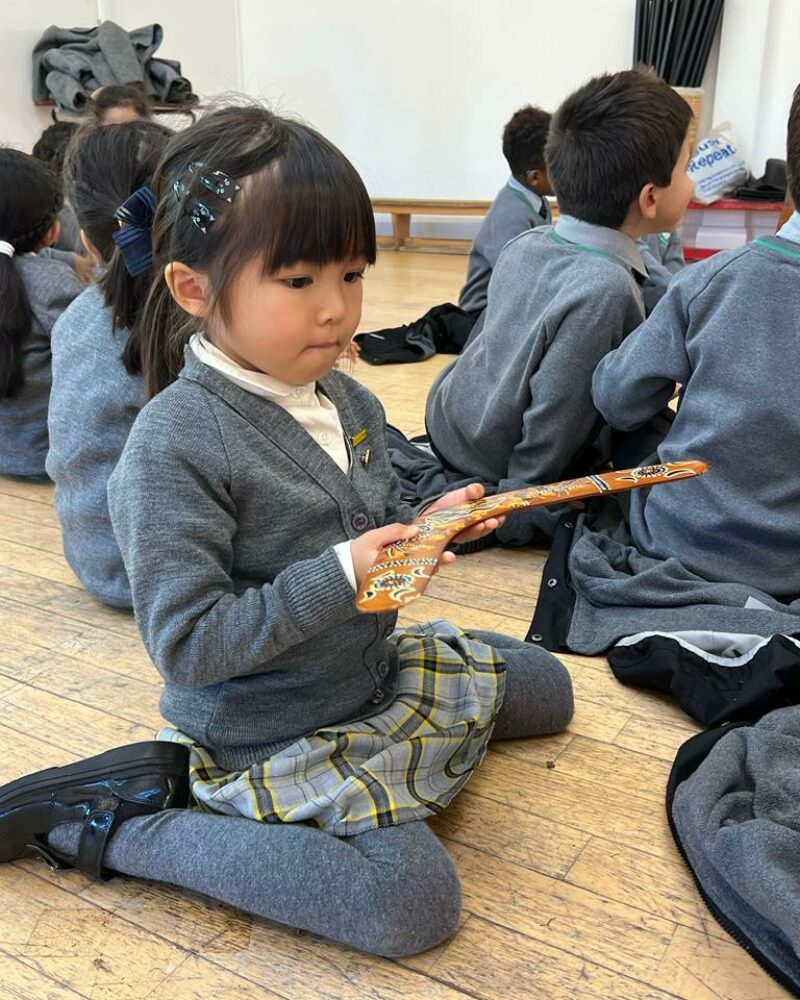 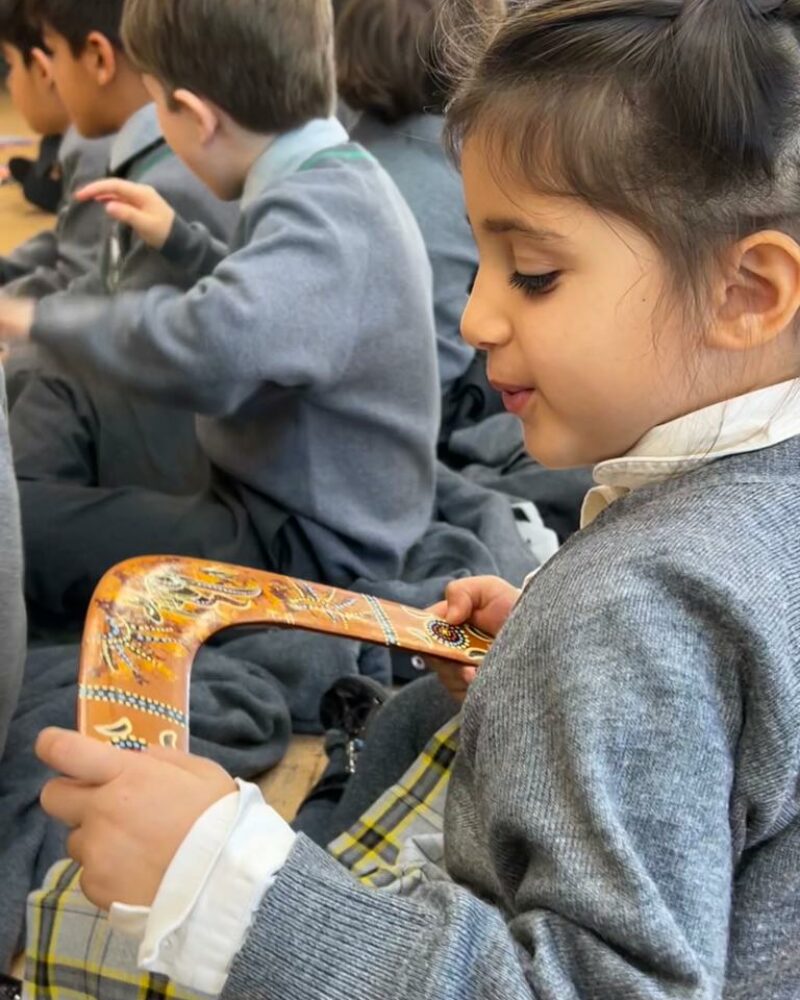 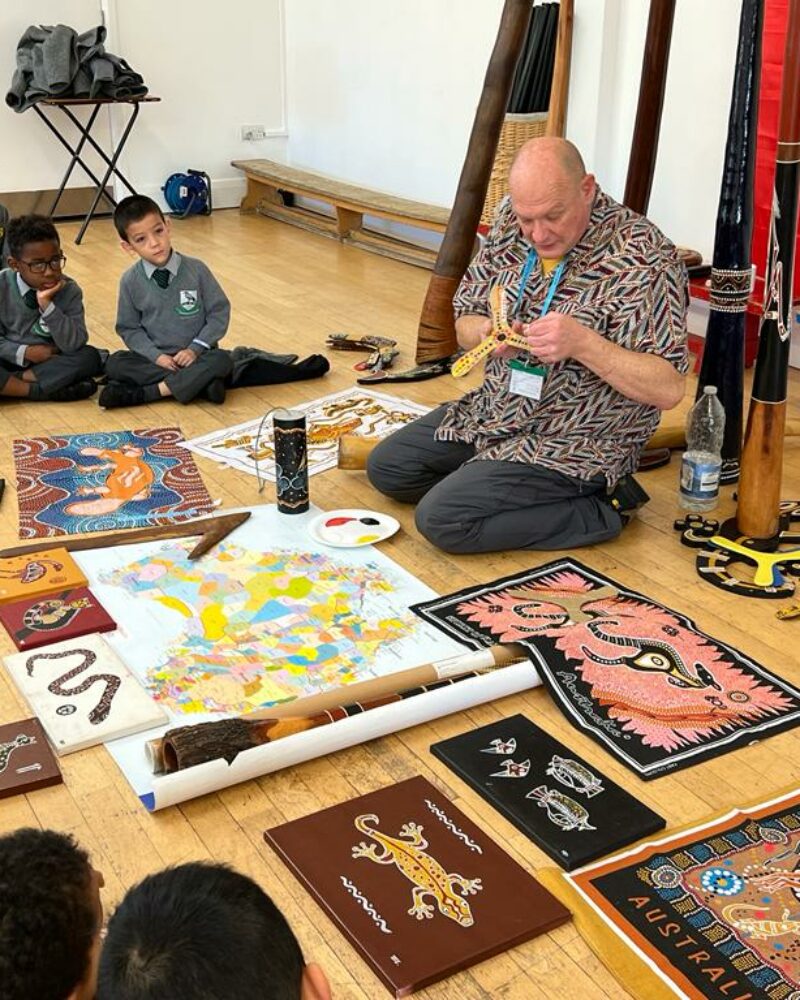 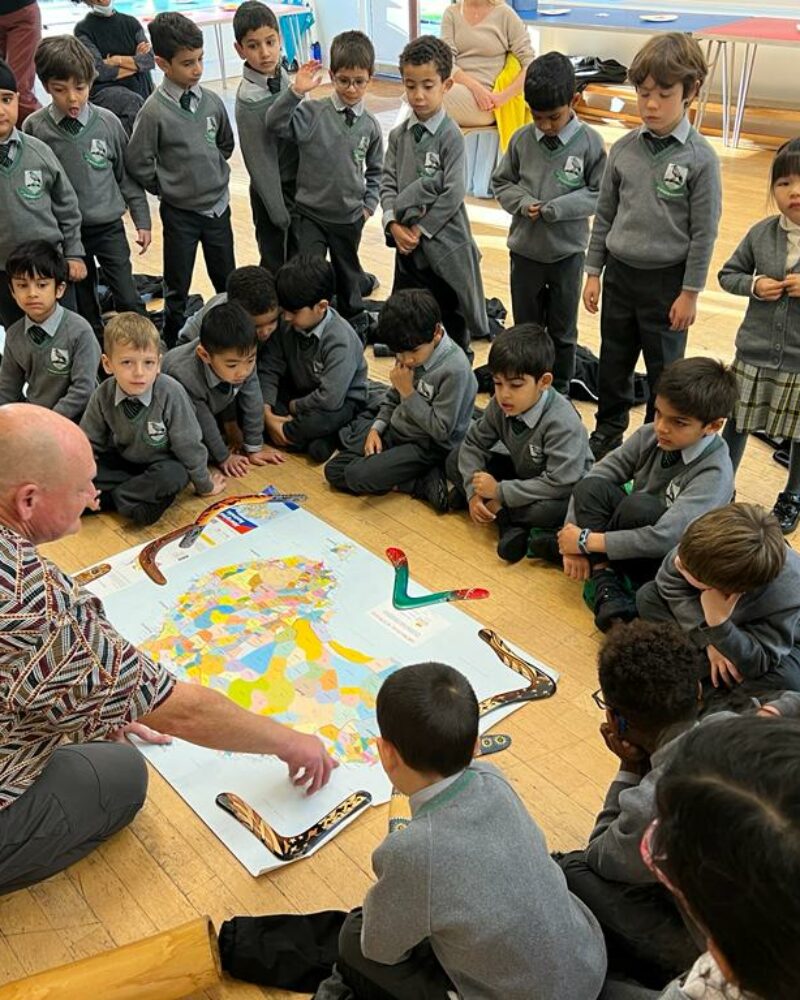 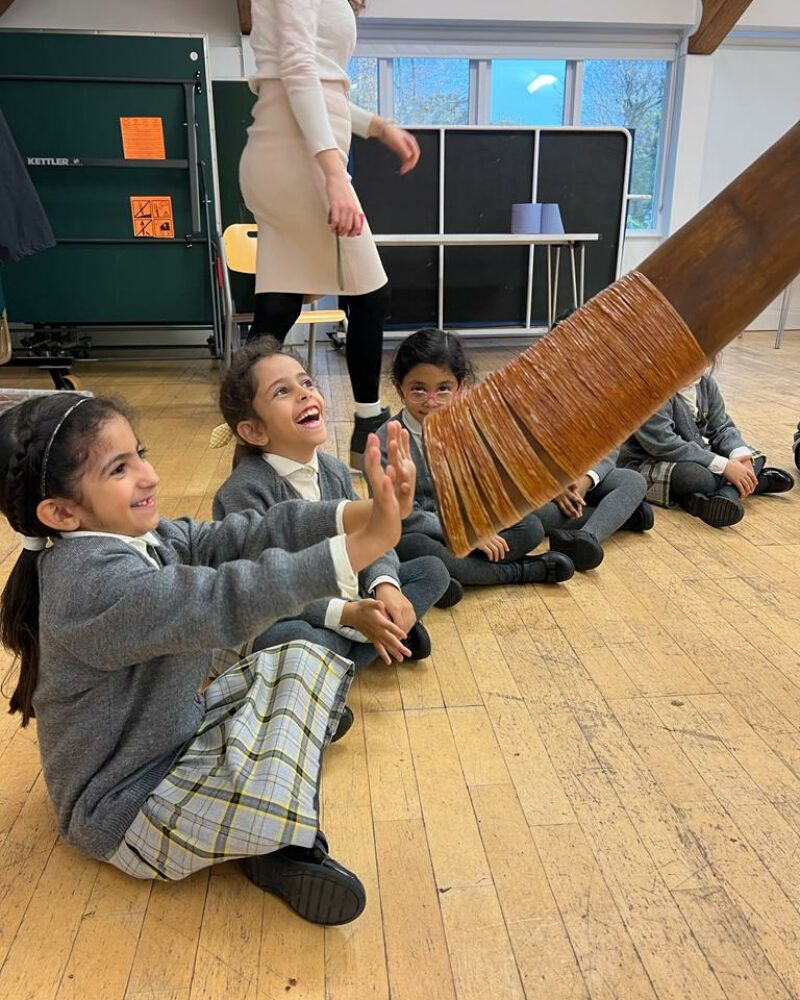 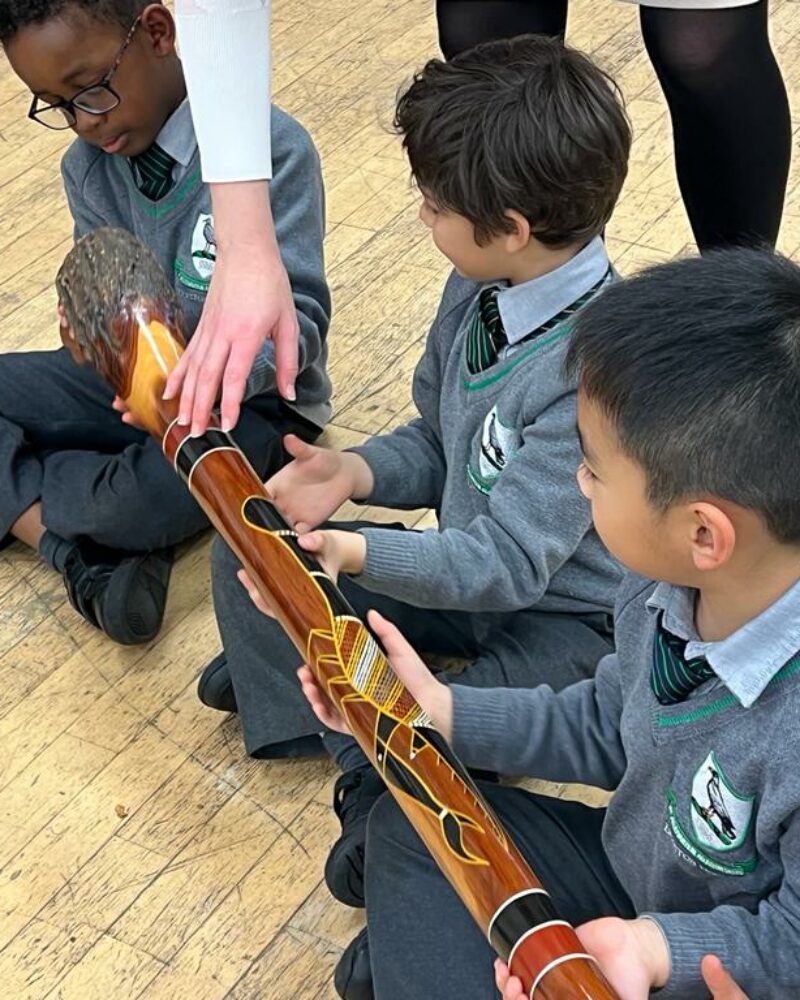 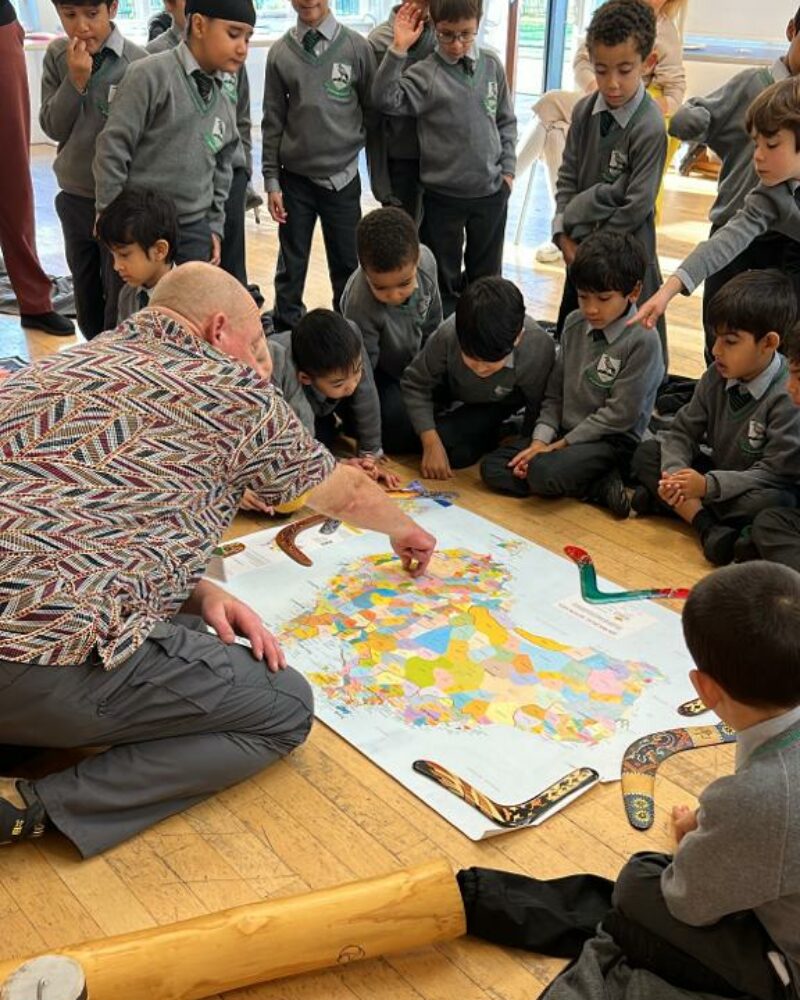 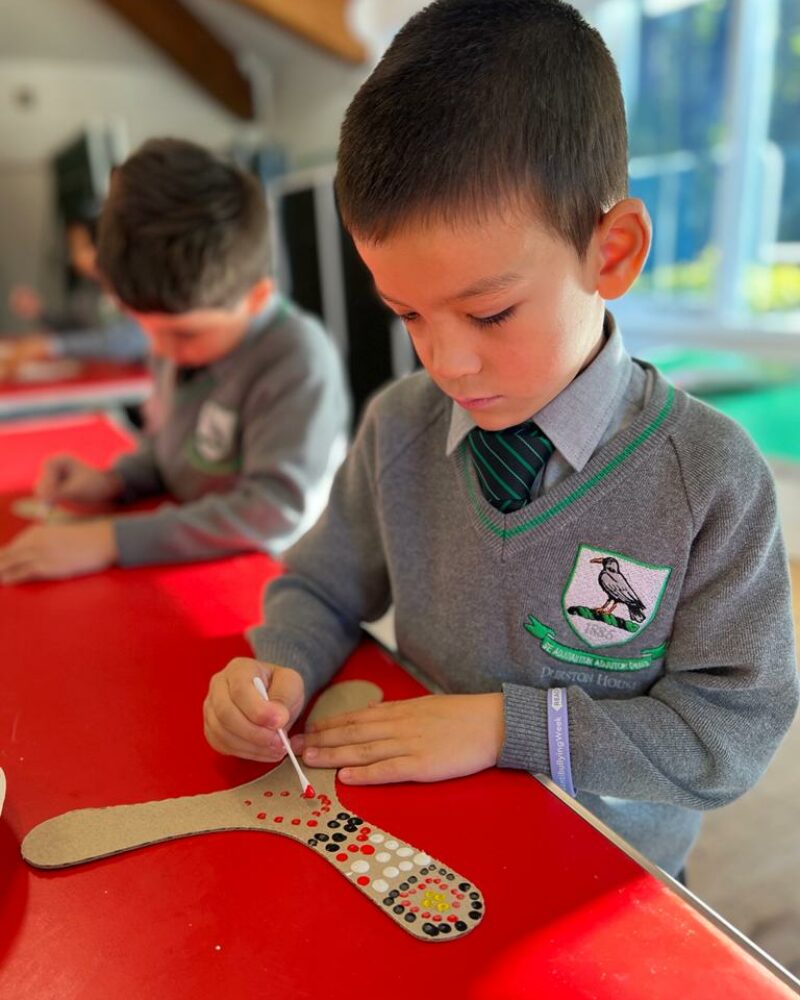 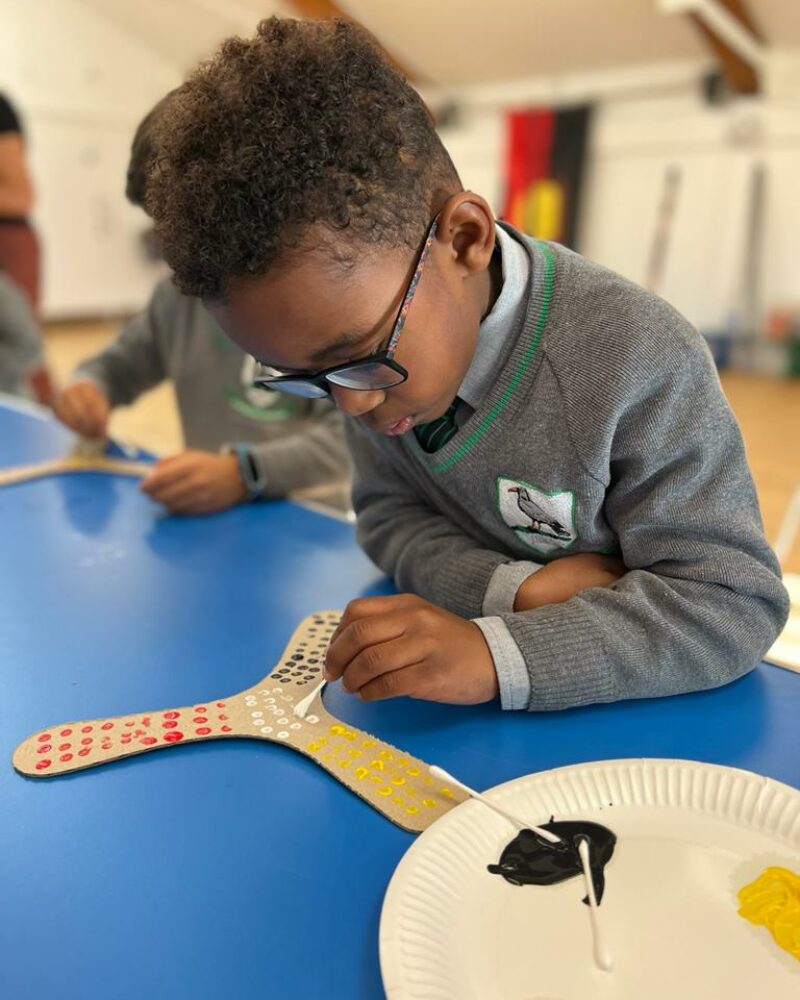 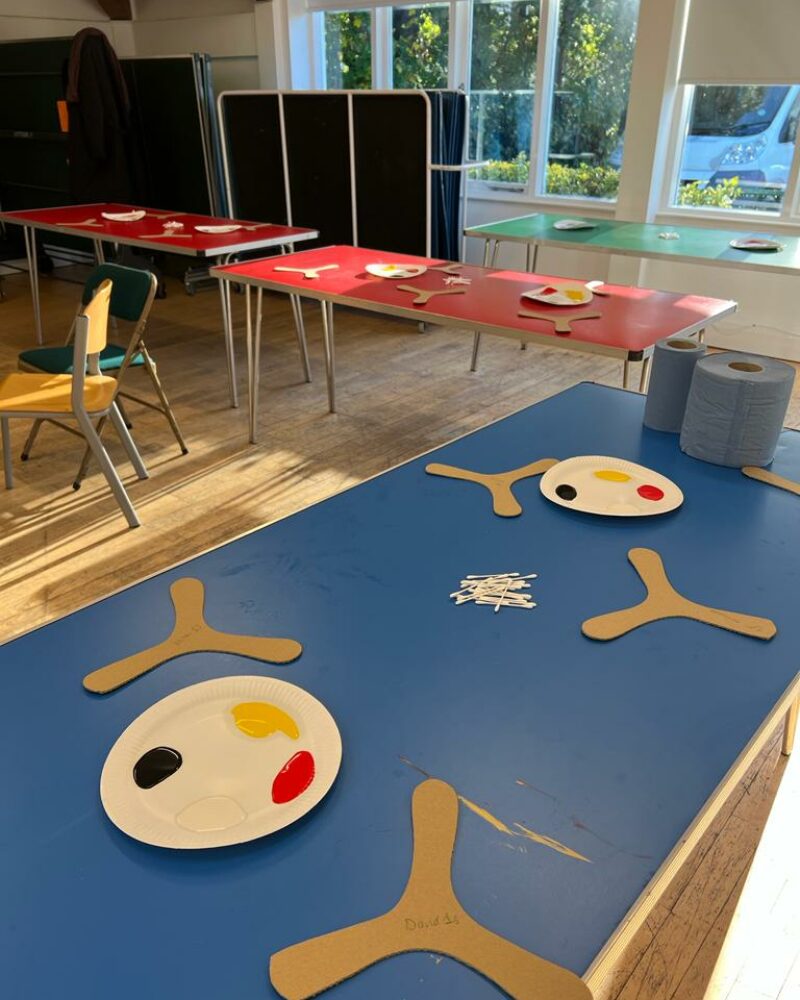 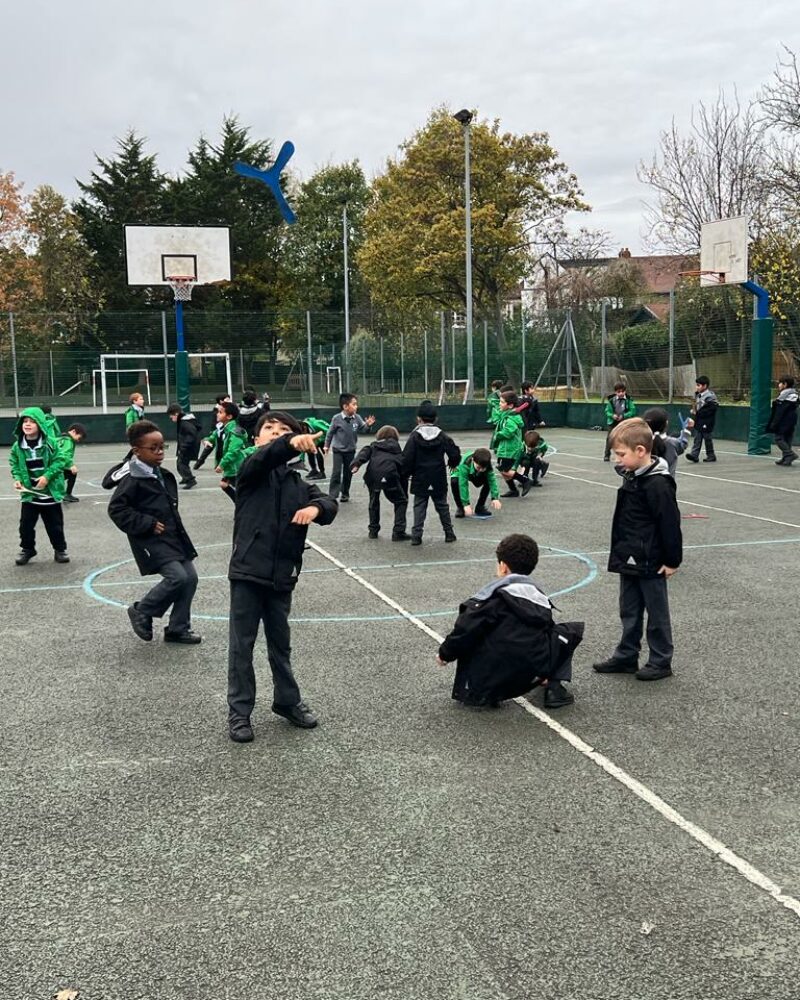