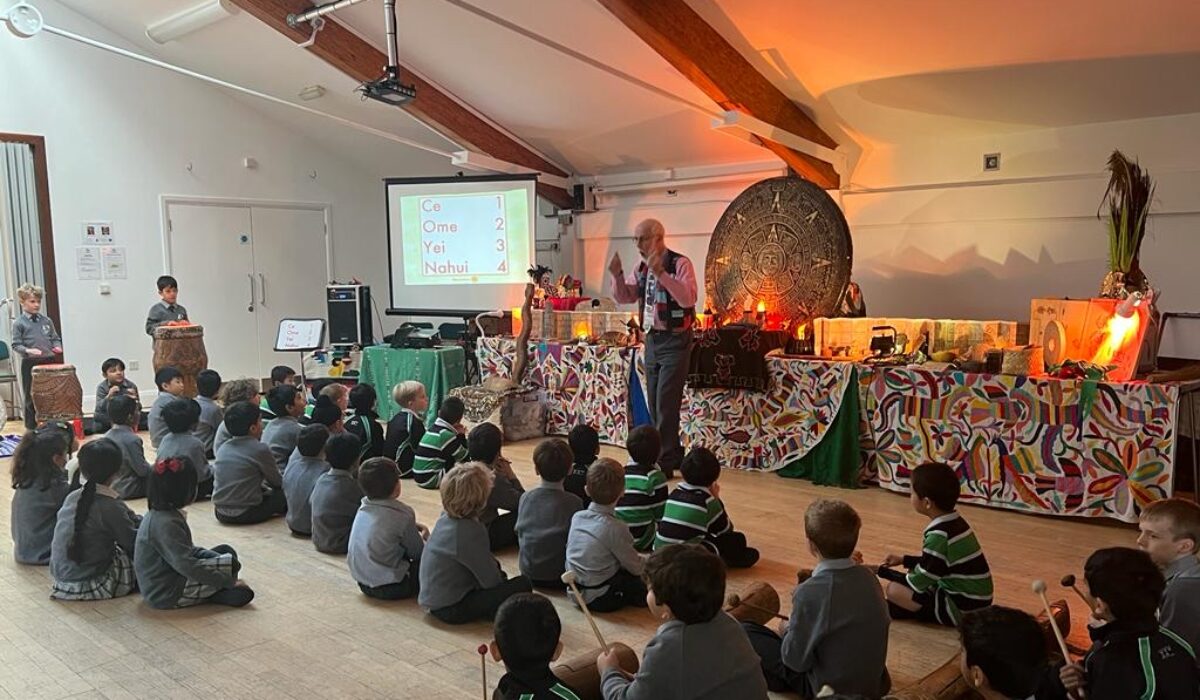 Today ‘Mexicolore’ visited Durston House, where Year Two boys were lucky to have an amazing workshop and to be joined by their counterparts from Harvington Prep School. In the last half term the boys covered the Aztecs. You may be wondering who the Aztecs were? The Aztecs were a group of people who had an amazing culture and who created villages, sundials, calendars and pyramids. They were known as Mesoamericans and came from the region which is now modern day Mexico. This particular workshop was designed to provide superb curriculum enrichment activities in school and to consolidate learning around the Aztecs.

Everyone involved had a very busy morning learning facts and recapping knowledge in a fun, interactive way! The children were enthralled for the duration of the session and there were a variety of different items on display for the children to view and handle, including an Aztec sun stone, maracas, ancient (replica) Aztec books, Aztec head dresses, torches, clothing, death whistles, rattles and balls made from rubber! Did you know that the Aztecs recorded playing team sports three and a half thousand years ago?! This was the first time team sport was ever recorded! A few of the Harvington girls dressed in traditional Aztec clothing, some which was authentic.

The room was dark and lights were off, the scene was set! Some children were involved in beating replica drums to the beat of an Aztec chant. While the rest of the children chanted along (ce, ome, yei, nahui: repeated). The children were enthusiastic as they chimed together to create a loud chant that would be fit for warriors.

Did you know that Nahuatl, the language of the Aztec people, is the second official language in Mexico? Even in 2022! Boys learned that there are many words we use today in this part of the world from the Aztecs including: chocolate, tomato, hurricane, avocado and coyote. As well as their language there have been some food that has made its way to the United Kingdom from the Mexican region including: pineapples, chilli’s, tortillas, beans and squash.

All in all, it was a fabulous day had by all. 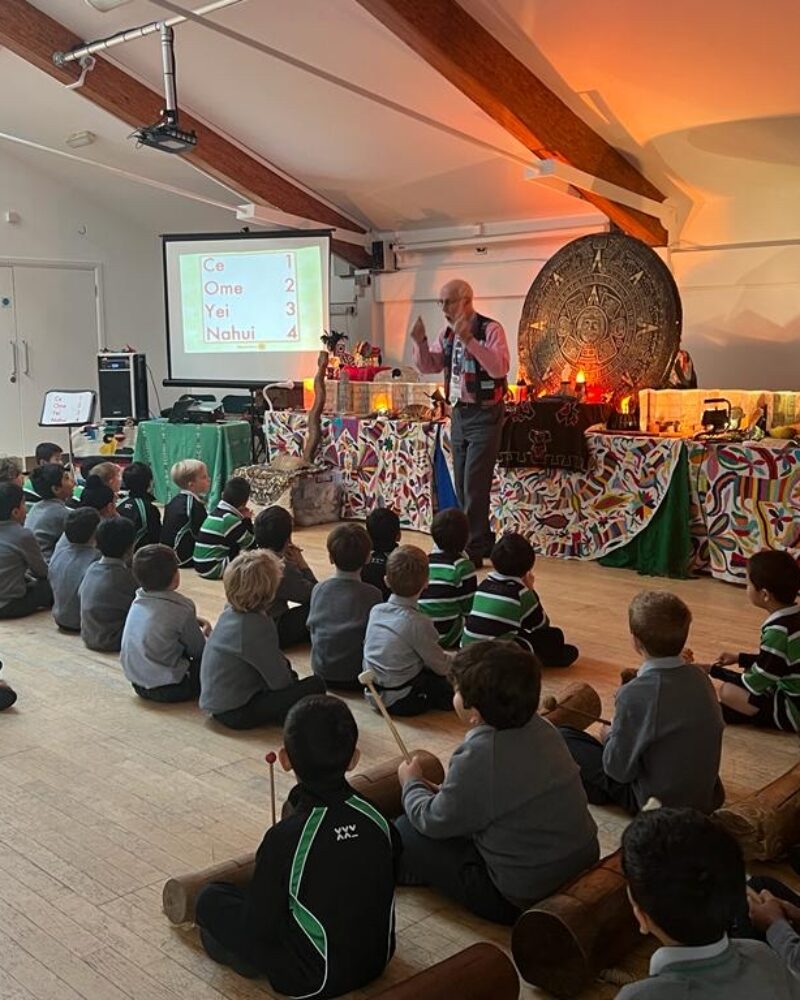 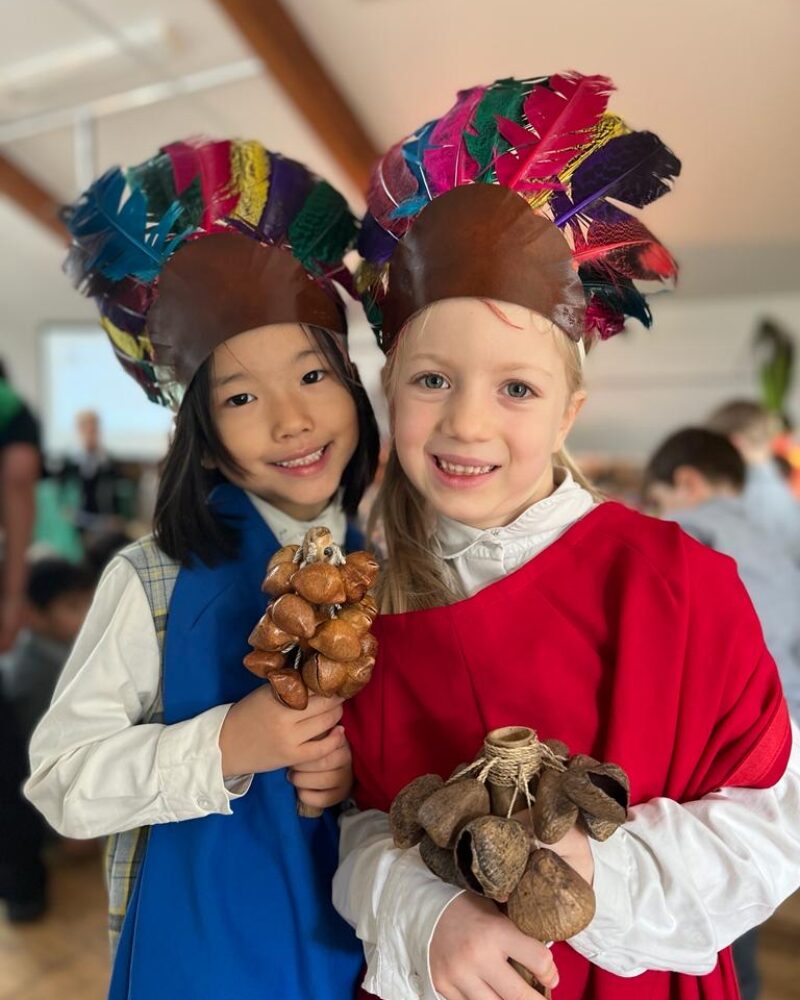 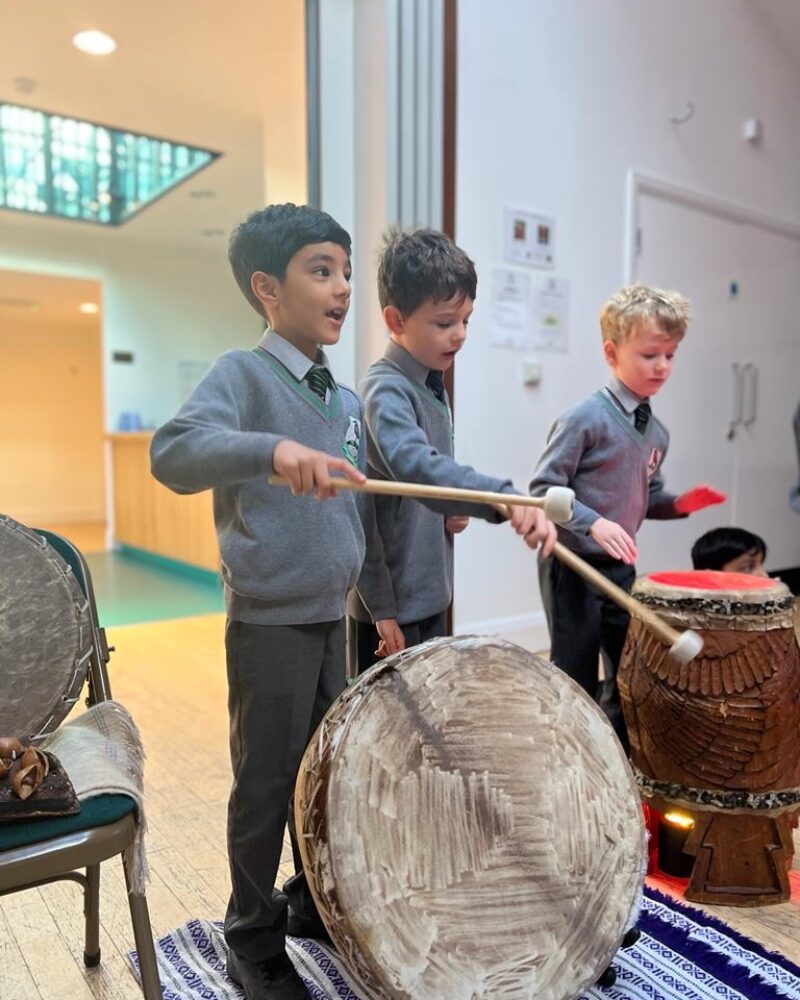 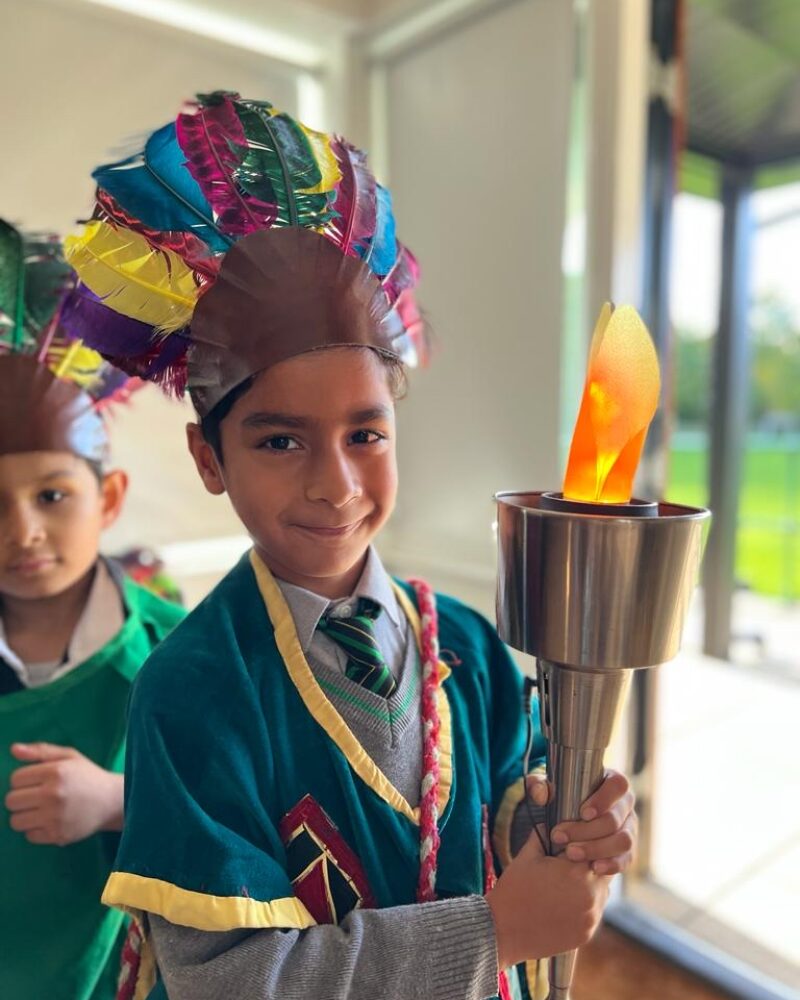 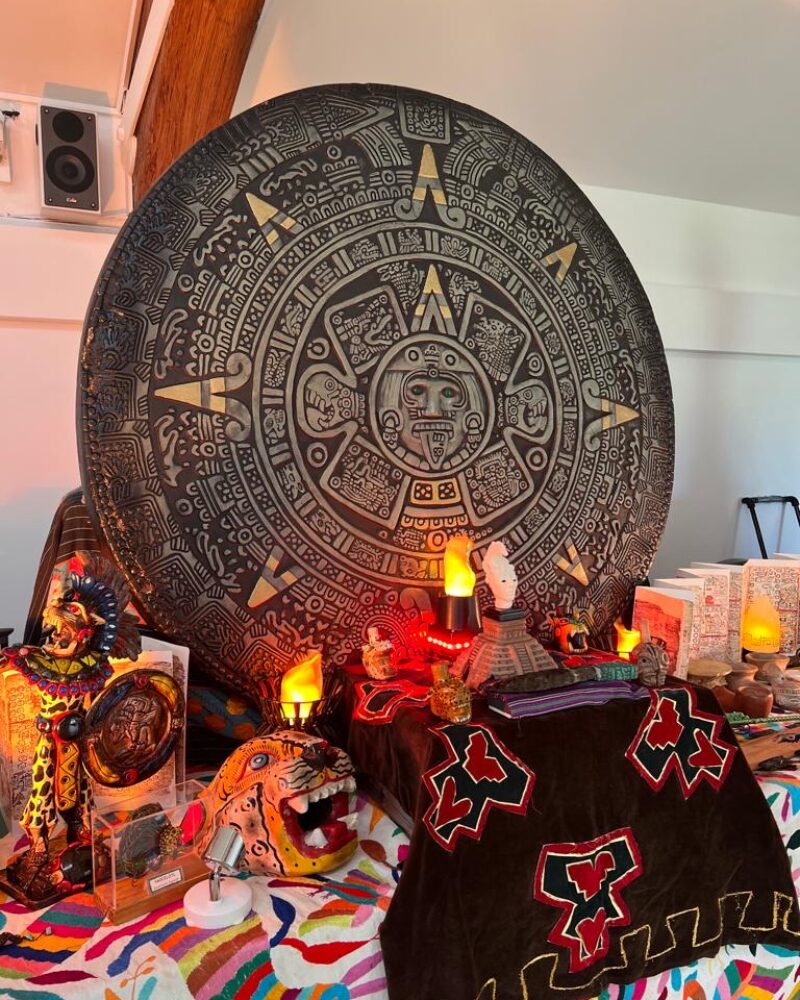 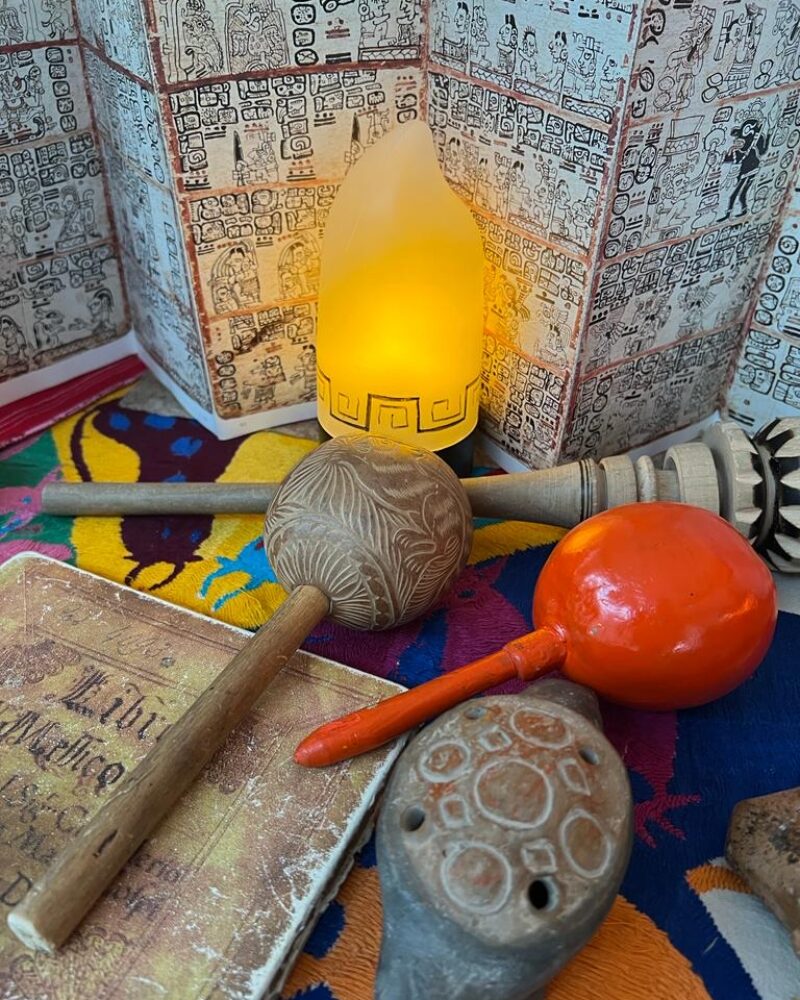 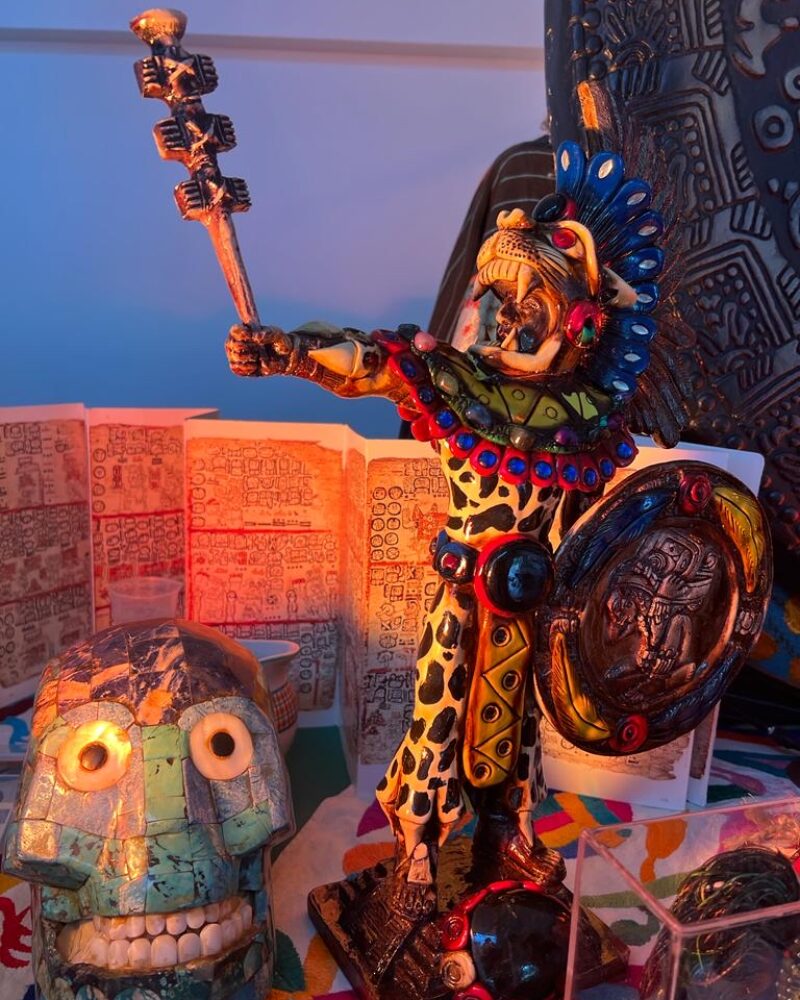 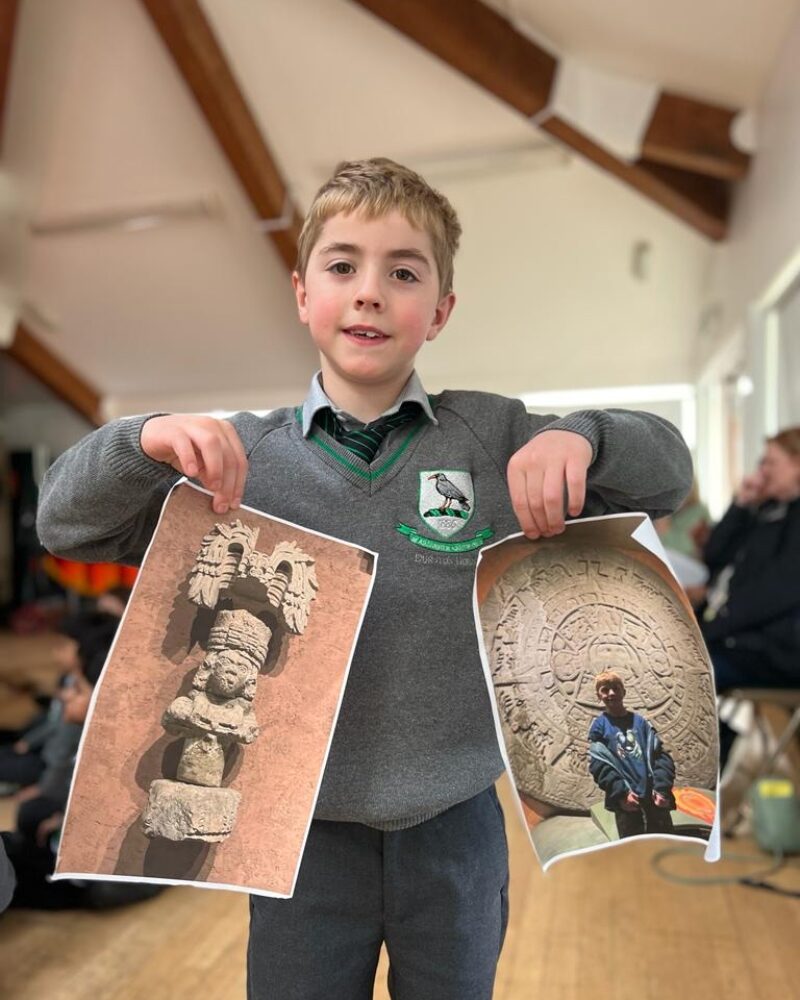 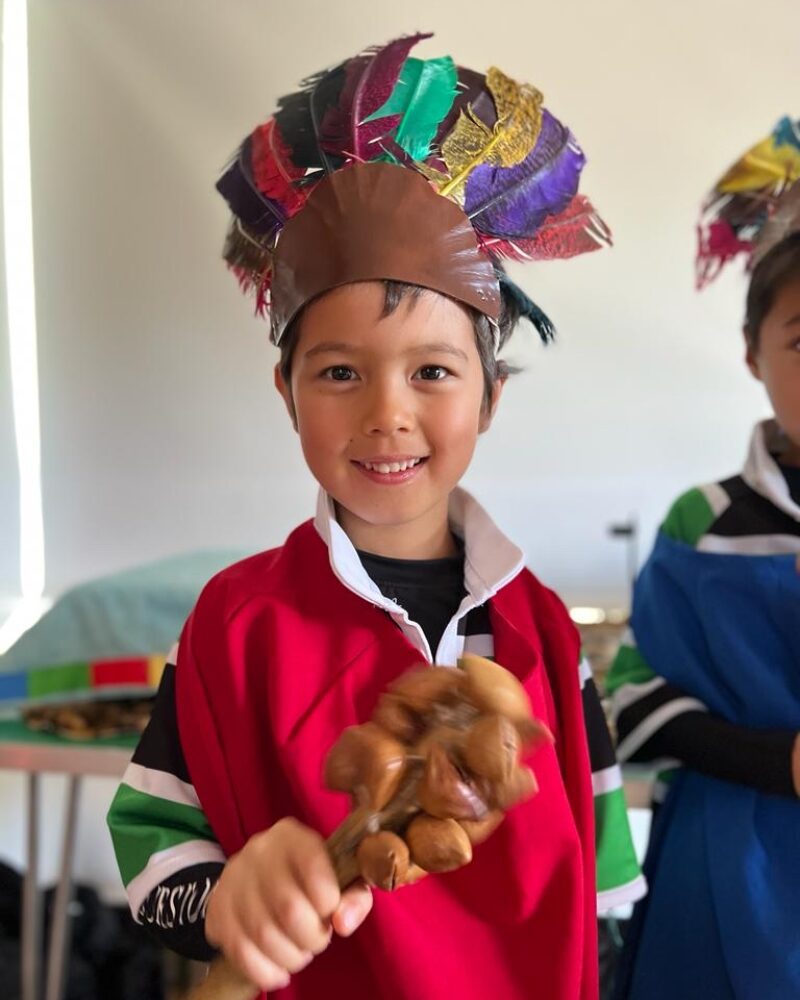 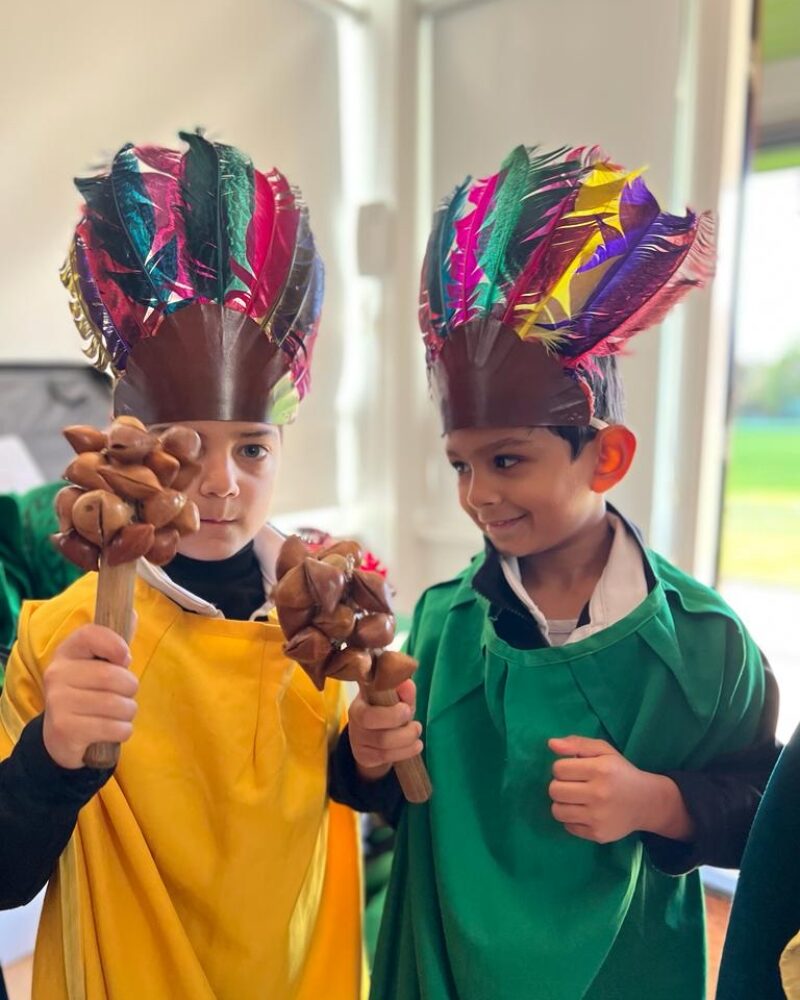